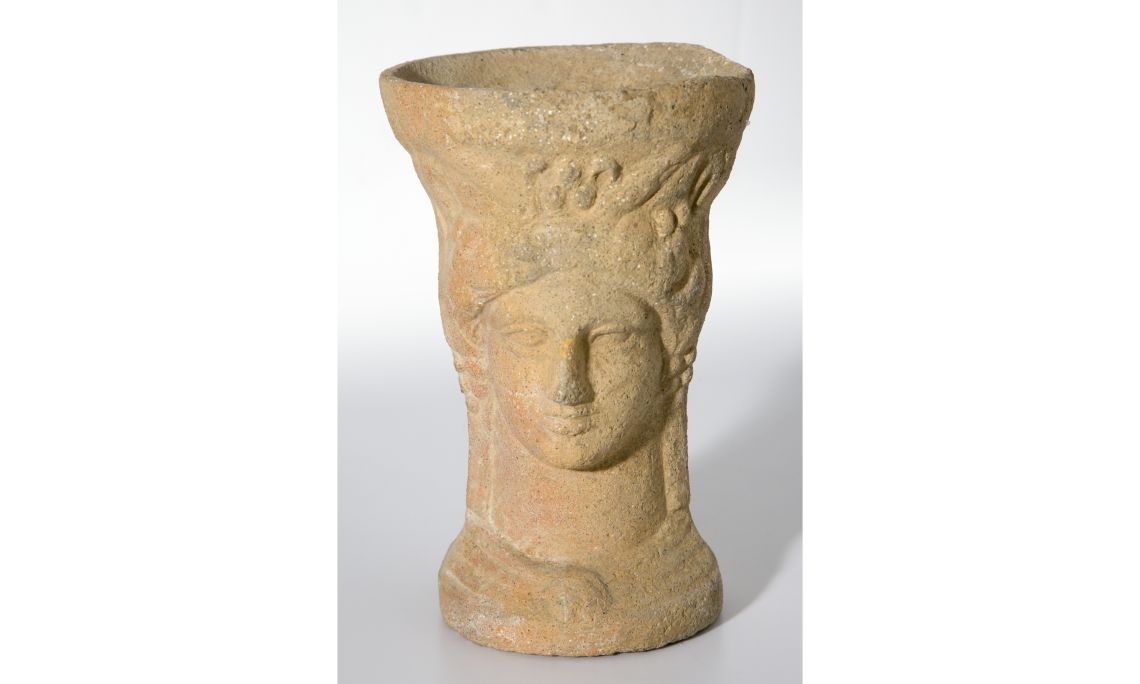 During the excavations of the Laietan necropolis of Turó dels Dos Pins in 1986, tomb no. 51 was found intact and very well conserved. It is regarded as exceptional because of its content, which is comprised of the bone remains from the cremation of seven individuals and 23 pieces of funeral goods; it may be the tomb of a family group. Of all these objects, one that stands out is a thymiaterion or perfume burner made of terracotta which depicts the goddess Demeter, the goddess of agriculture in Greek mythology. These objects, which are religious in nature, were closely connected to the household and fertility.