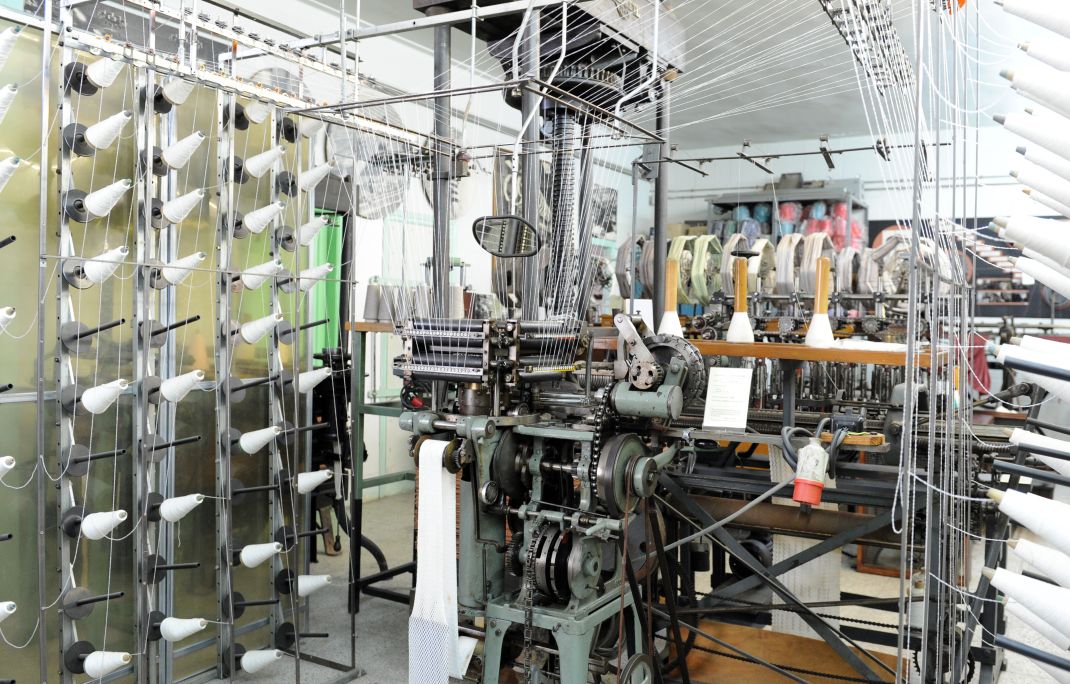 Detail of a Raschell-William Scott loom. Museum of Mataró. Can Marfà Knit Fabric.

The oil crisis during the second half of the 1970s (1973 and 1979) had major repercussions on the knit fabric industry: the increase in production costs, the drop in internal demand and the loss of profits translated into the closure of many companies and a huge loss in jobs. Spain’s entry into the Common Market (1986) required industrialists to modernise their management, update their weaving machines and slash the number of workers. The 21st century began with new ways of weaving and the possibility of innovation, quality and design as a strategy for the continuity of the industry. The knit fabric industry in the county of the Maresme has focused on innovation in the design of new products with a wide range of applications in fields like healthcare, sports, home goods, automation and security. 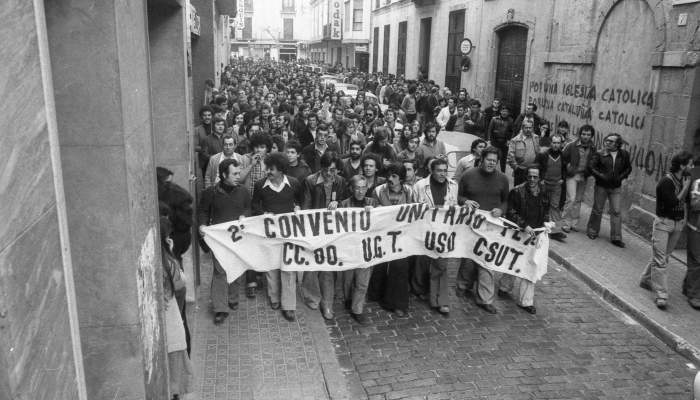 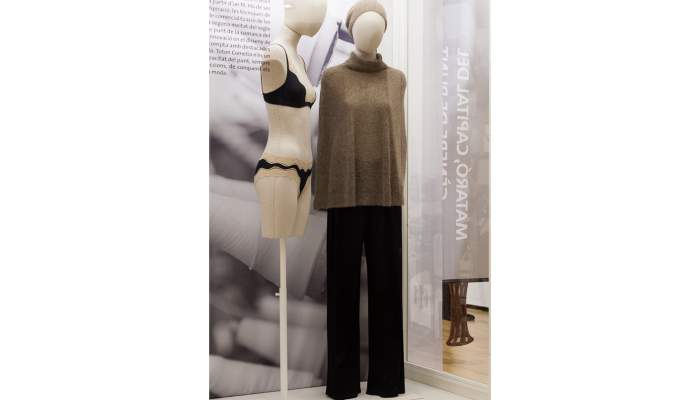 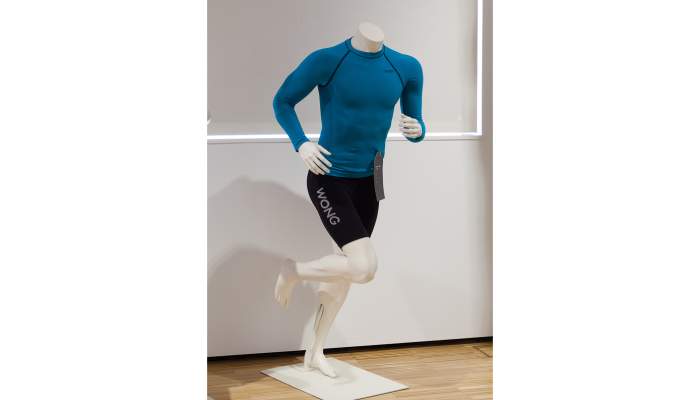