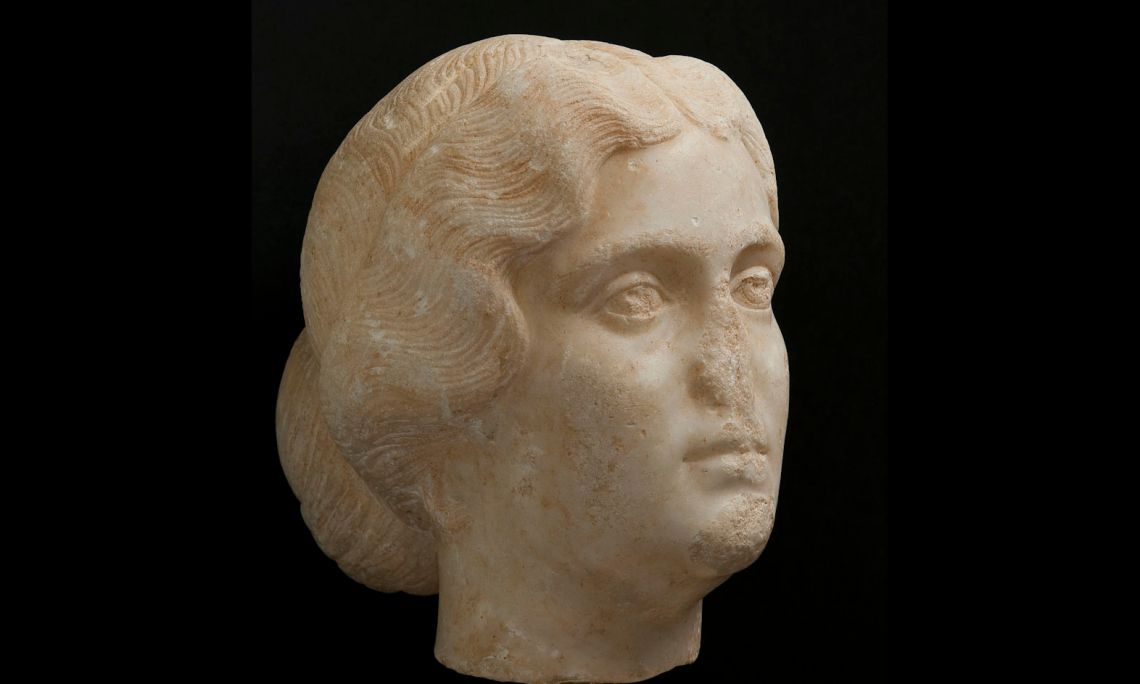 Portrait of Faustina Minor, second half of the 2nd century AD. Carrara marble from Luni. From Torre Llauder. Mataró Museum. Can Serra.

Head sculpted of marble depicting a female, the portrait of a young woman. Judging by her facial features and kind of hairstyle – wavy hair, part in the middle and bun at the nape of her neck – she has been identified as an image inspired by the empress Faustina Minor, the wife of Marcus Aurelius.

It was very common in wealthy homes to have portraits of the imperial family. In addition to bringing prestige, they also provided the protection of a deified being. In this case, the head depicts the goddess of beauty and the patron deity of motherhood.