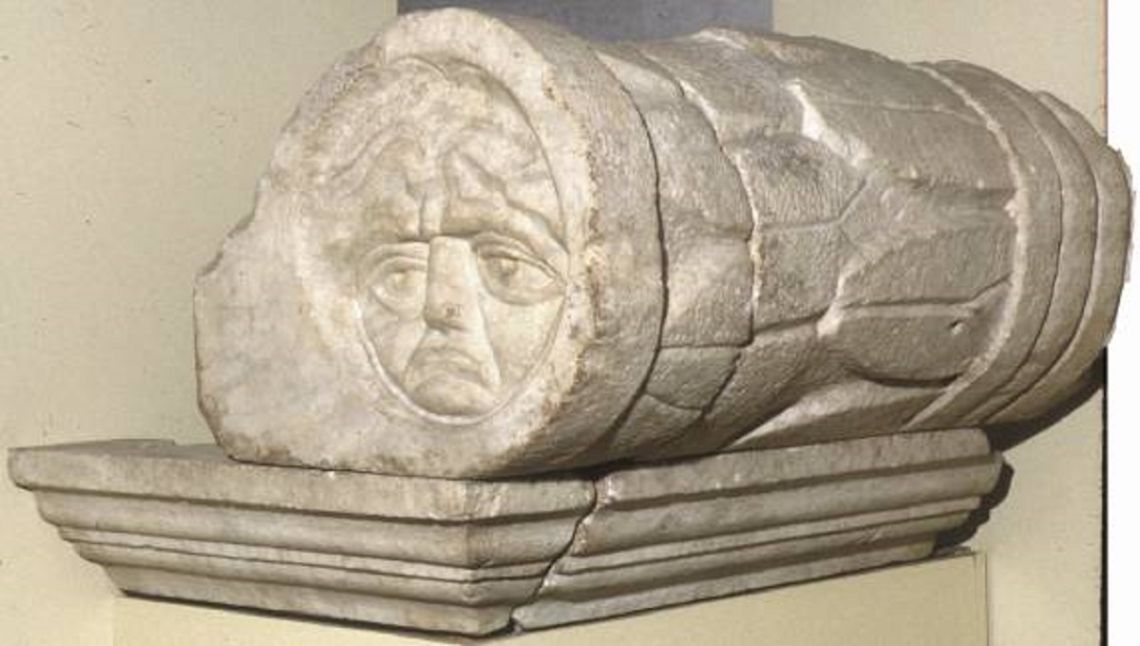 This is a funeral monument decorated with the face of a gorgon, also called Gorgoneion. It was found at the foot of Via Augusta, on the corner between Carrer de Matheu and Camí del Mig. It must have been quite large judging from the fact that only the crown and part of the marble base have been found.

The gorgon Medusa was a mythological figure who had snakes instead of hair. Her depiction in funerary settings was widely used because she was a symbol of immortality and protection, especially between the 1st and 2nd centuries AD.