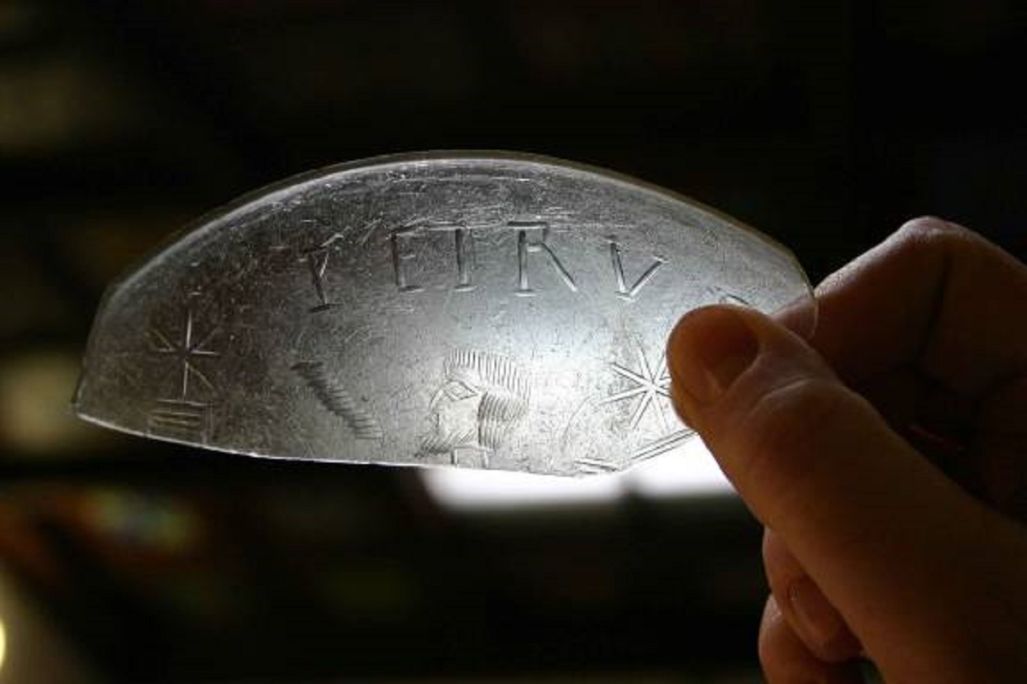 Fragment of a glass vessel with the inscription «Petrus». Mataró Museum. Can Serra.