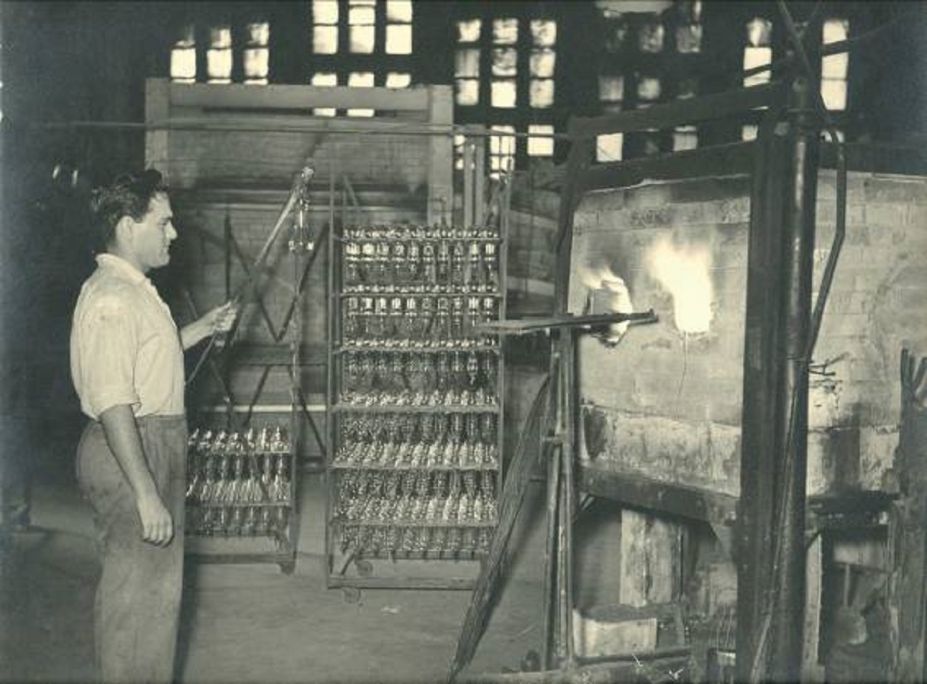 The tradition of glass manufacturing in Mataró dates back to the Roman period, but it reached its peak in the 16th, 17th and 18th centuries.

In the early 20th century, the company called Juan, Estañol y Compañía was started, devoted to manufacturing glass and crystal. It was the forerunner of the Cooperativa del Forn del Vidre (Glass Oven Cooperative), which was legally established on the 27th of June 1935.

In 1944, Cristalleries de Mataró manufactured 16 million light bulbs, including tubes, mini-tubes, glazing bars and thermometers. During their free time, the technicians created decorative objects such as fish, vases and paperweights.