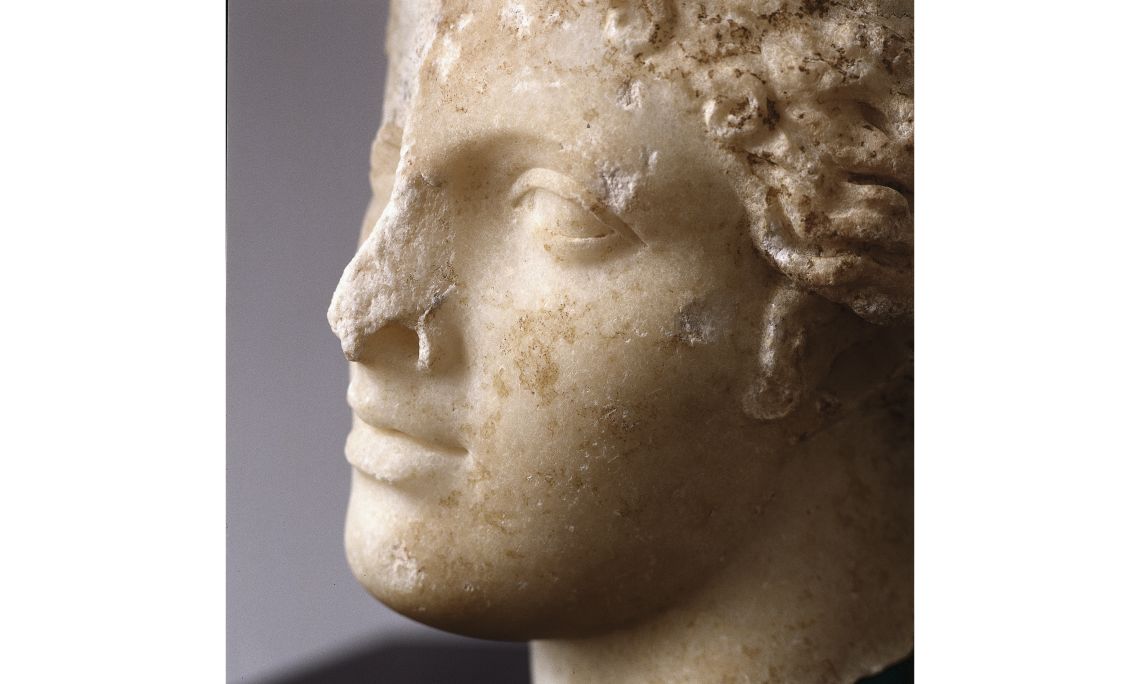 Venus, Aphrodite in Greek mythology, was the goddess of love and beauty. She was the protectress of sailors and boats, of marriage and family, and of births.

According to tradition, she was born from sea foam. She is often depicted accompany by her son Eros, although she may also be accompanied by a small seashell, a dove, a dolphin, a sparrow or a rose.

The sculpture of Venus from Mataró, which was found in the premises of Can Xammar, comes from the School of Aphrodisias from the 2nd century Ad. It is made of marble, and the head and a few fragments of the body and the dolphin accompanying her are all that still remain.