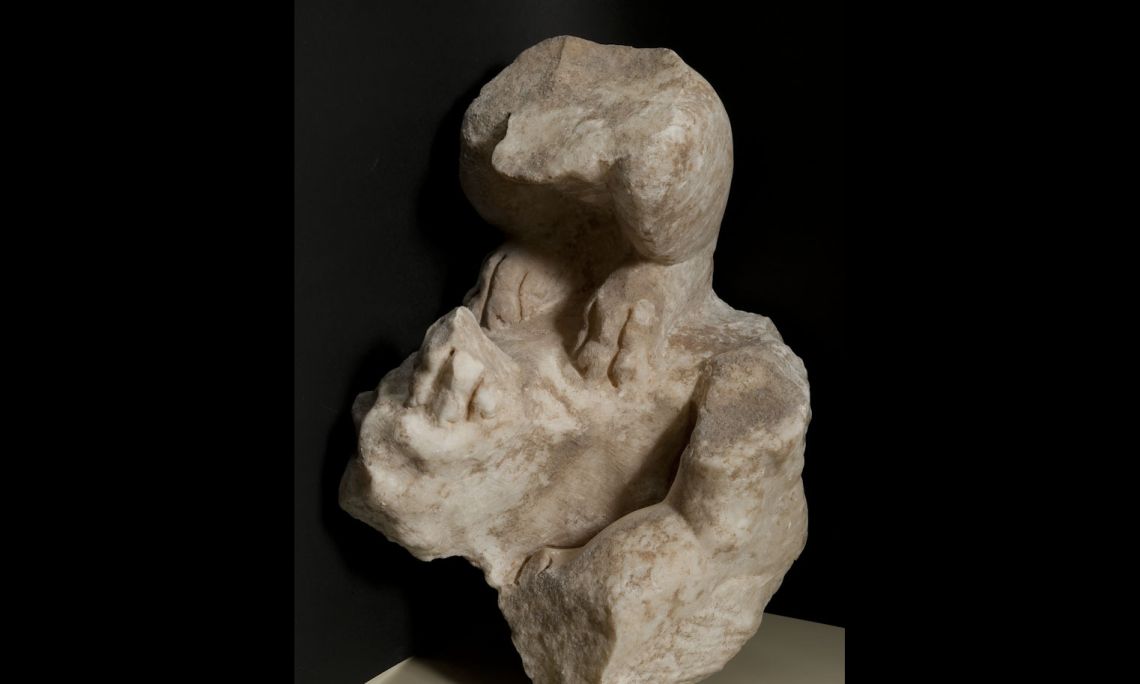 Fragment of a marble sculpture, possibly of the Roman god Sylvanus. The lower part still remains, where we can see the toes of a human figure in the foreground, and the limbs of a canine. According to Roman mythology, Sylvanus was the protector of forests, fields and livestock herds.

This sculpture was found during the excavations of the peristyles of the Roman villa of Torre Llauder, which indicates that it might have been part of the decoration in the villa’s garden.