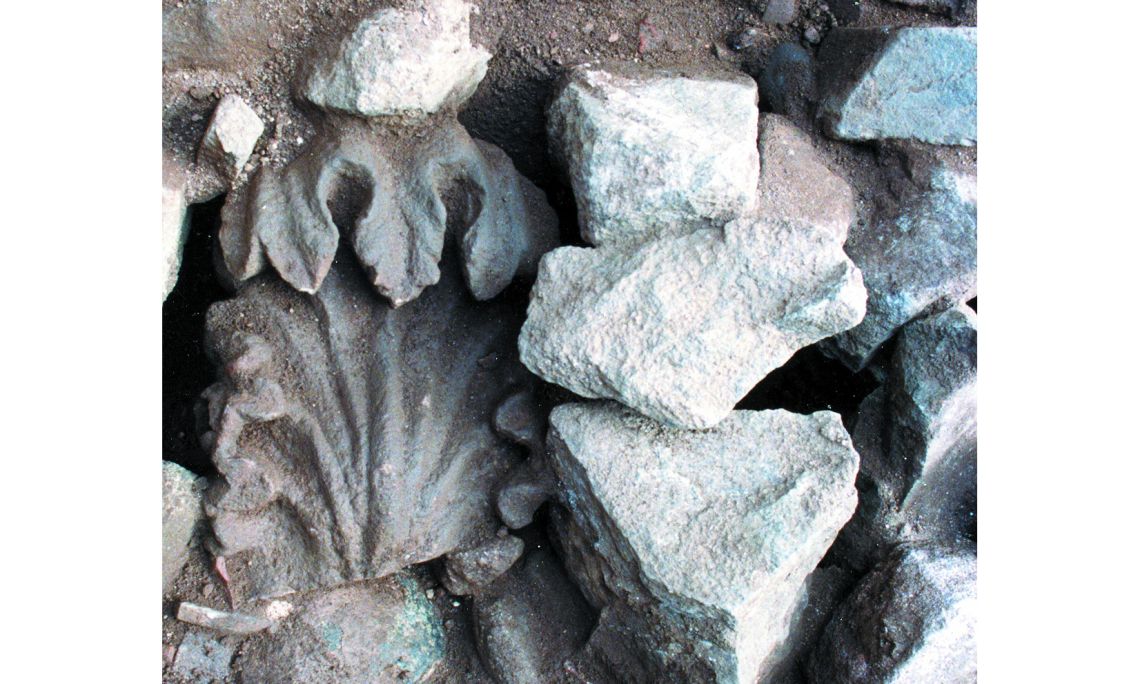 Akroterion used in the sewer system of the cardo maximus found during the excavations at number 12, Carrer de Sant Cristòfor

It was found during the excavations at number 12, Carrer de Sant Cristòfor in the area of the cardo maximus, which is oriented north to south. It was part of the cover of the main sewer system on this Roman street at some point in the 4th century AD, when the sewer was repaired using architectural elements repurposed from public buildings, a common practice during that period.