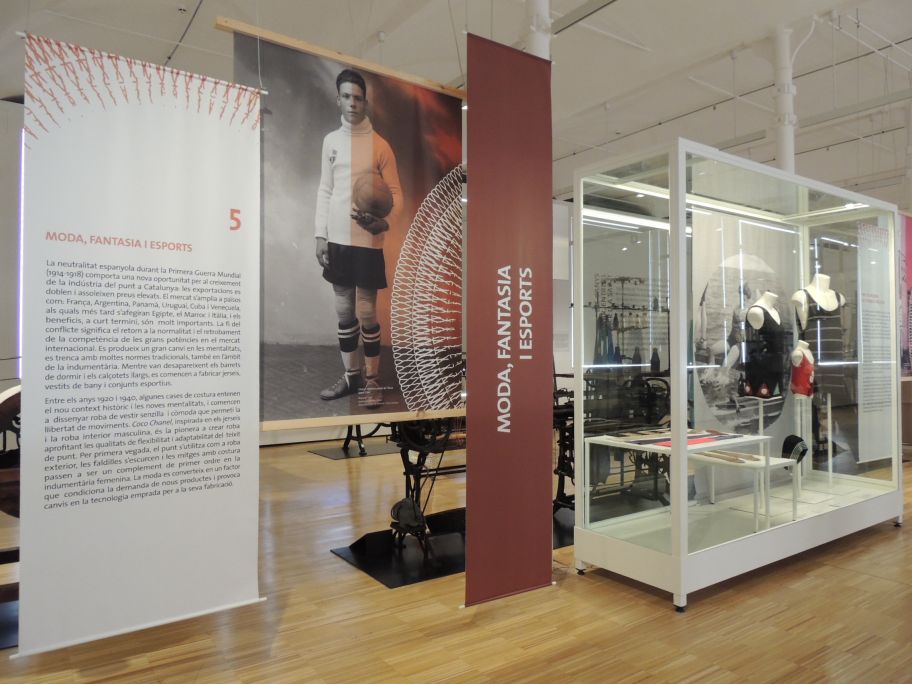 View of the space dedicated to the production of swimwear and hosiery, c. 20th century. Museum of Mataró. Can Marfà Knit Fabric.

Spain’s neutrality in World War I (1914-1918) brought a new opportunity for the growth of the knit fabric industry in Catalonia: exports doubled and prices soared. The market expanded to countries like France, Argentina, Panama, Uruguay, Cuba and Venezuela, which were later joined by Egypt, Morocco and Italy. The short-term profits were huge. The end of the conflict signalled a return to normality and the resumption of competition from the large powers on the international market. There was a major shift in mentality and the traditional rules were broken, in the area of clothing as well. As nightcaps and long underwear disappeared, socks, sweaters, bathing costumes and sports outfits began to be manufactured. 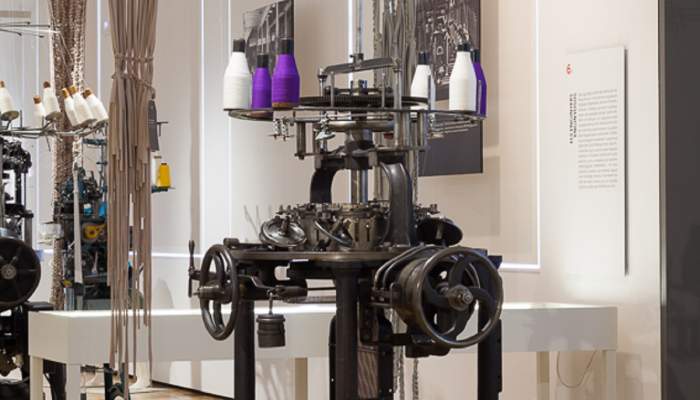 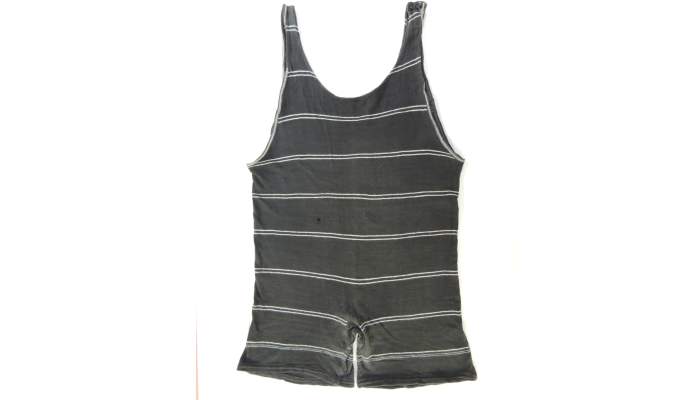