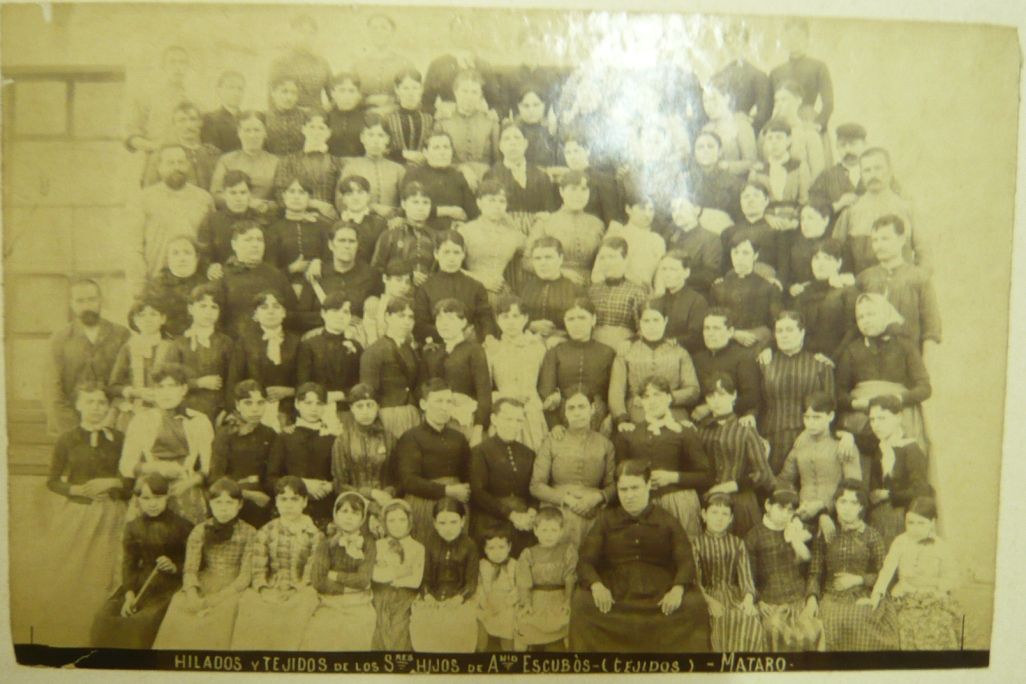 Knitwear manufacture required a large workforce, to which the tasks were assigned based on sex and age. The staff were mainly female at the yarn and fabric factories. The women took charge of the looms in the sections devoted to weaving, production and the finishes to the knitwear. The businessmen preferred them because they could pay them less and were paid a flat rate, as a result of which they received irregular and unstable wages. The children were responsible for the auxiliary tasks during the preparation of the weaving, and the men were the ones who drove and supervised the large looms and generally took charge of the tasks of a technical nature.