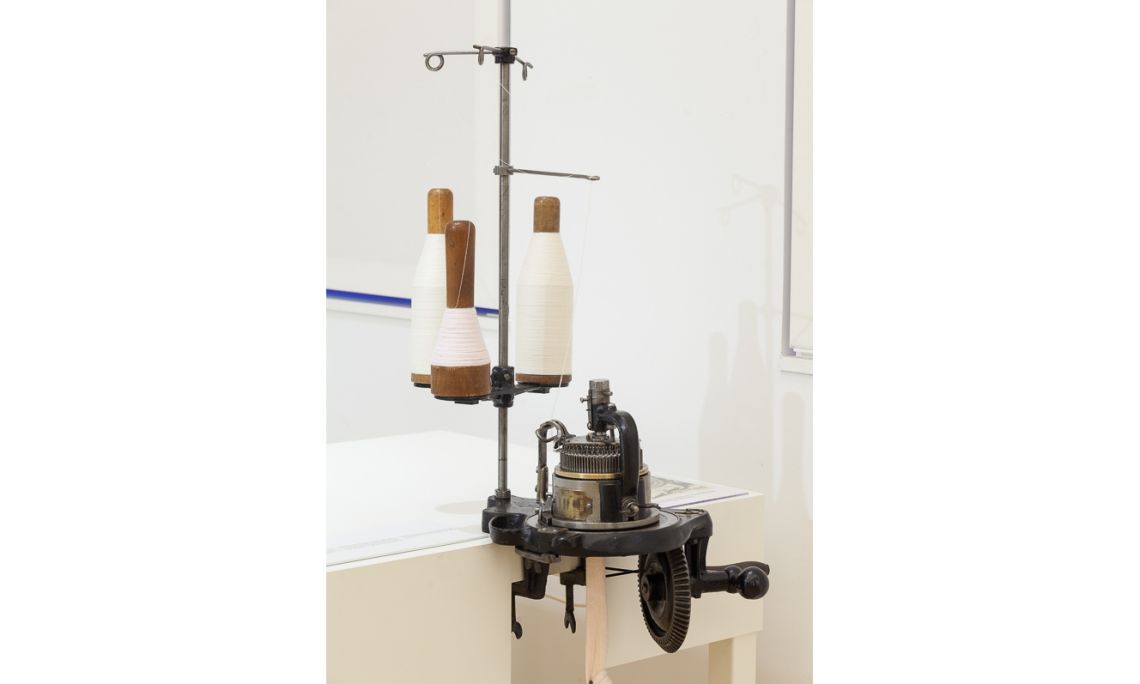 Over the 19th century, looms were gradually improved by incorporating a circular needle board to make tubular goods. The Griswold loom, which was invented in England in 1878 by Henry Griswold and known in Catalonia as the colmena, soon became quite popular. Its circular needle board, which was very small in diameter, made it possible to manufacture socks and stockings, with the possibility of making the heel as well by activating a handle. This allowed women access to knit fabric weaving, which had traditionally been a men’s job. In the late 19th century, it was the most common kind of loom in Mataró.