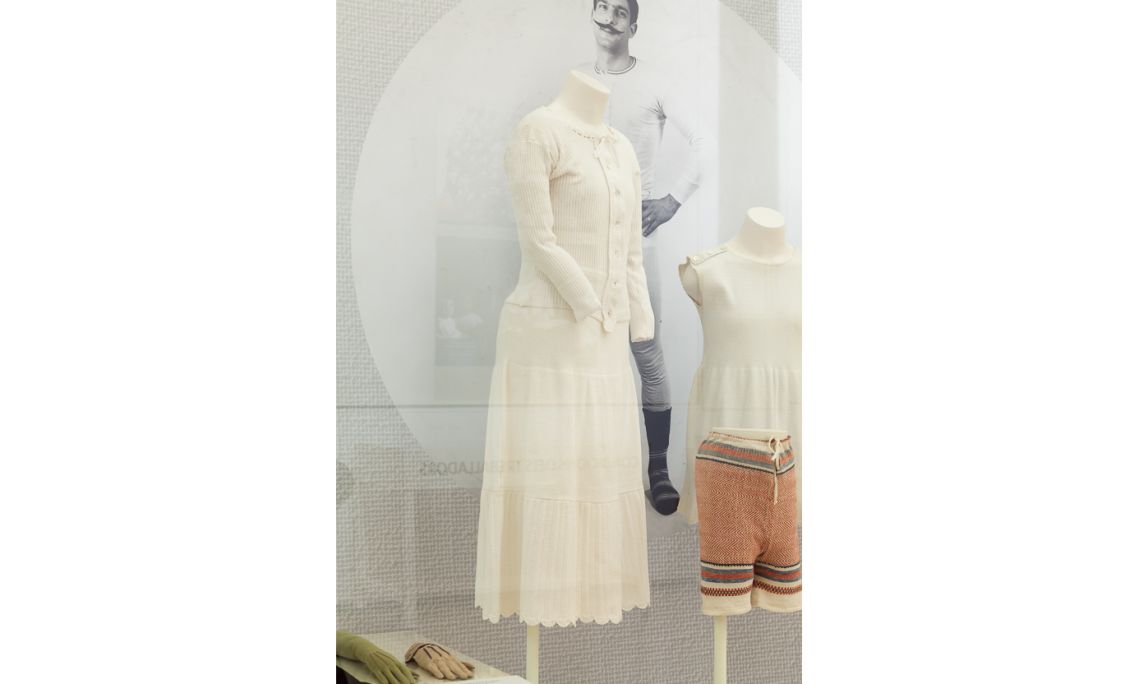 This is a set of women’s cotton undergarments made up of a ribbed knit off-white undershirt with an opening in the front secured with mother-of-pearl buttons, and a jersey petticoat with three horizontal bands which give an évasé shape to the lower part, which was tied at the waist with a string. Both pieces are samples of the kinds of goods in which the Maresme region specialised starting in the late 19th century, which led Mataró to become the regional capital specialising in knit fabric, just like East Midlands (England), Troyes (France) and Chemnitz (Germany).