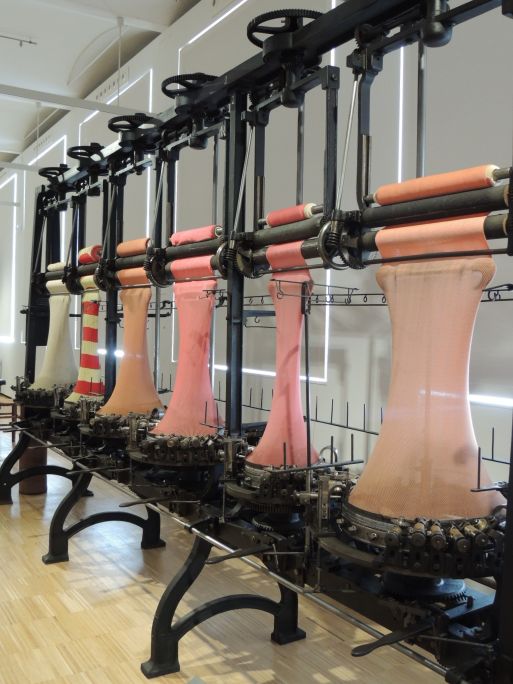 A set comprising six large-diameter circular looms, with disc needle beds that produce a tubular fabric. The set of looms, driven by a line shaft, led to a considerable increase in productivity and the definitive mechanization of the knitting industry. Each loom could have four to six sets of mallose which could perform up to six passes on each spin. In addition, the looms varied in diameter, gauge and the number of needles and produced several kinds of knitting at the same time: smooth, granite, terrycloth and lined. Can Marfà accounted for the largest number of loom sets in the city (22), connected by leather belts to the line shafts and the steam engine.