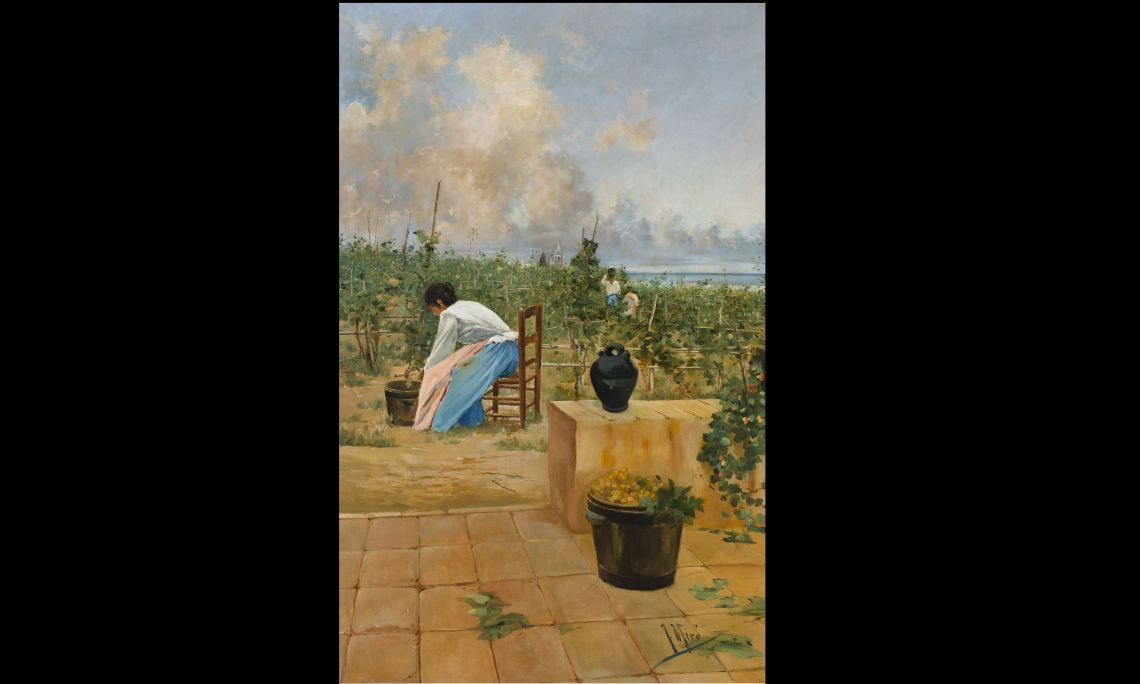 Joaquim de Miró was the most prolific, active and outstanding member of the Sitges Luminist School. His eye for detail, the way he captured everyday scenes, his attention to composition and his devotion to landscape made his work a faithful reflection not only of the geographical characteristics of Sitges at the time, but also the serene, placid atmosphere that idyllically prevailed over local society at the end of the century.