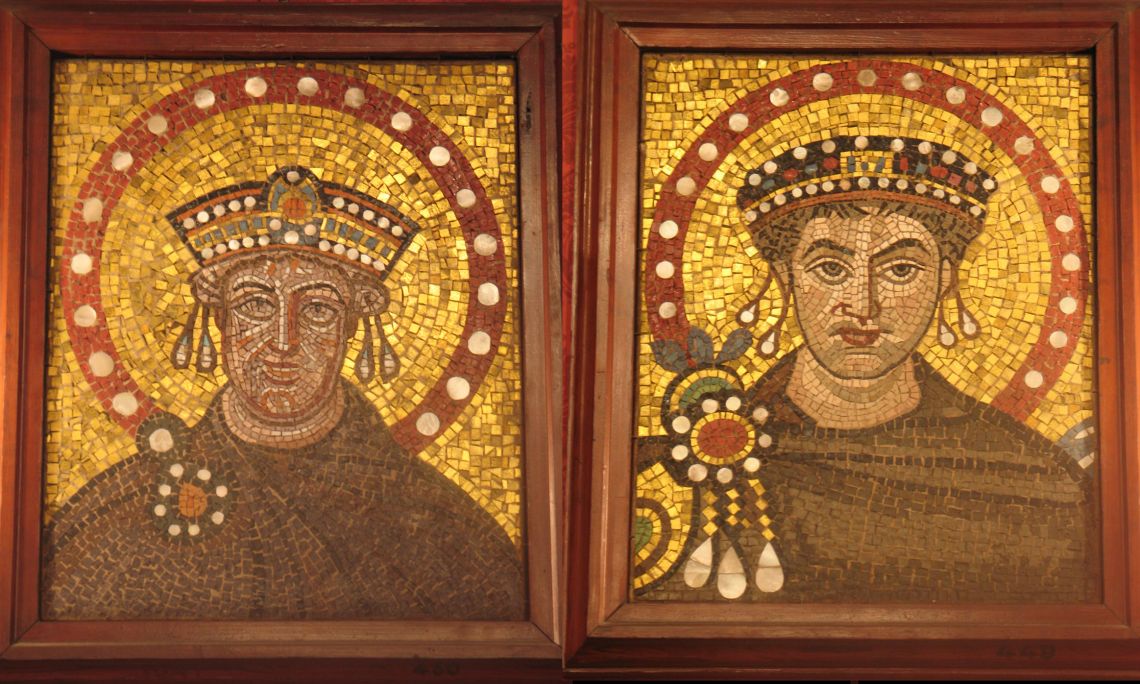 Copy of the Mosaics of Justinian and Theodora, 547, Presbytery of San Vitale Basilica in Ravenna, Italy. Palau de Maricel.

Justinian I the Great (483-565) was the first great emperor of the Byzantine Empire. He is credited, among others, with the construction of the Santa Sophia Basilica, the churches of Saints Sergius and Bacchus and the Church of St. Irene and the Holy Apostles, all four in Constantinople (now Istanbul).

During his reign he also built the Basilica of San Vitale in Ravenna. This octagonal brick building, a world heritage site, quickly became one of the models to follow for Christian religious architecture. The chancel still displays the magnificent mosaics that once decorated it. Prominent among these are the two panels with the entourages of Justinian and his wife Theodora. The Golden Hall at Maricel Palace preserves copies of the portraits of the Emperor and his wife.