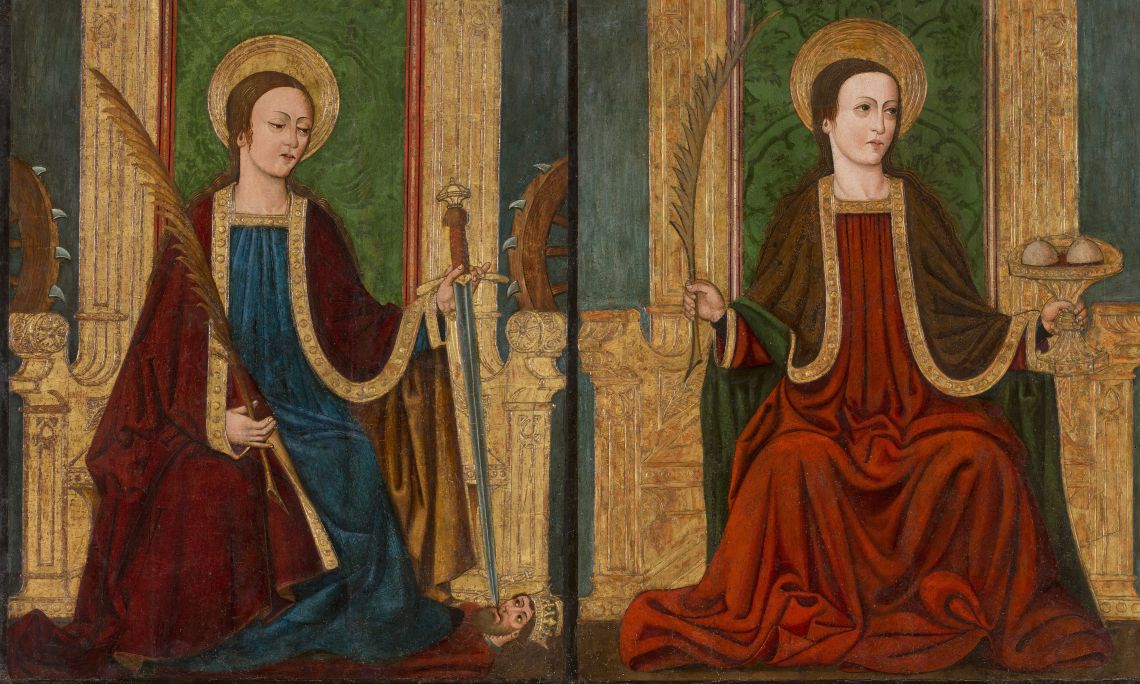 Both compartments contain the representation of a saint. One of the figures is St. Catherine of Alexandria, who bears her characteristic attributes: the spiked wheel and the palm of martyrdom as well as the beheading swordpointing towards the face of a monarch, with crown and sceptre, whom she subjects with her foot. This character represents the emperor who persecuted her and gave the order for her death.

The other panel shows St. Agatha of Catania, who appears with the martyr’s palm and a cup containing her two severed breasts which were cut off during her torture.