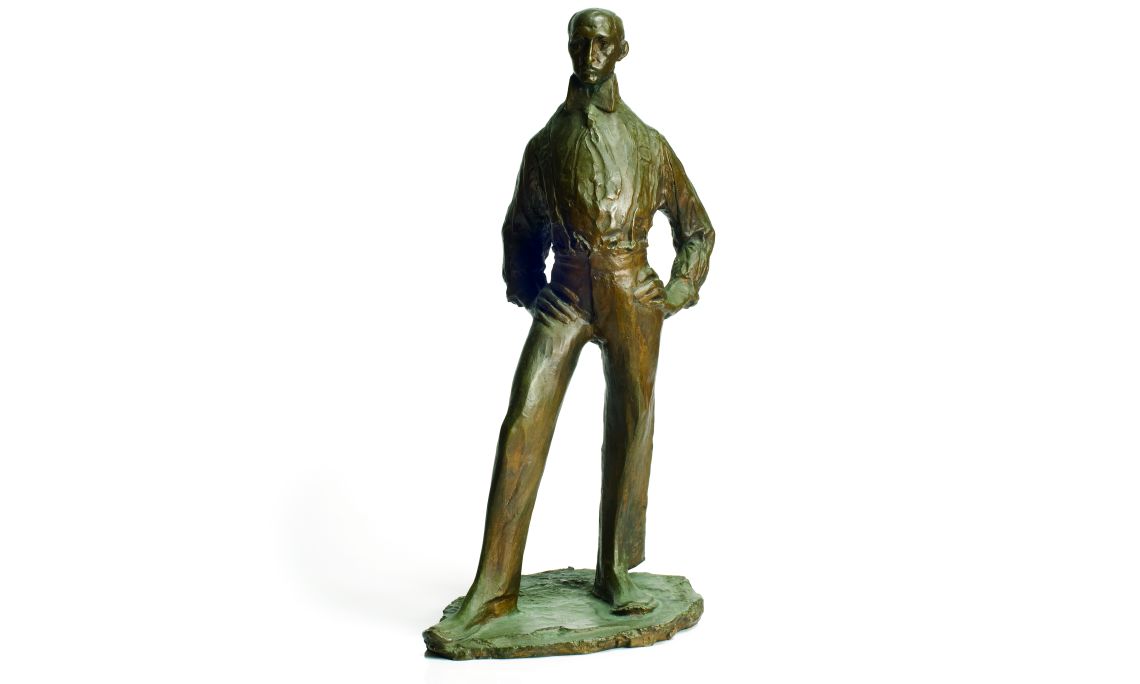 Ismael Smith i Marí (Barcelona, ​​1886 - New York, 1972) was one of the most unclassifiable Catalan artists from the brief period between Modernisme and Noucentisme.

It is certain that Smith met Miquel Utrillo at the Café Continental in Barcelona, as ​​both of them were regular customers there.

Smith already had a penchant for making small-format figures. The style of the Portrait of Miquel Utrillo by Ismael Smith has the air of light caricature with which he liked to endow his works almost from the beginning of his artistic career.

The elongated styling is also very typical of Smith's work, both in his sculptural pieces as well as in his drawings and engravings.