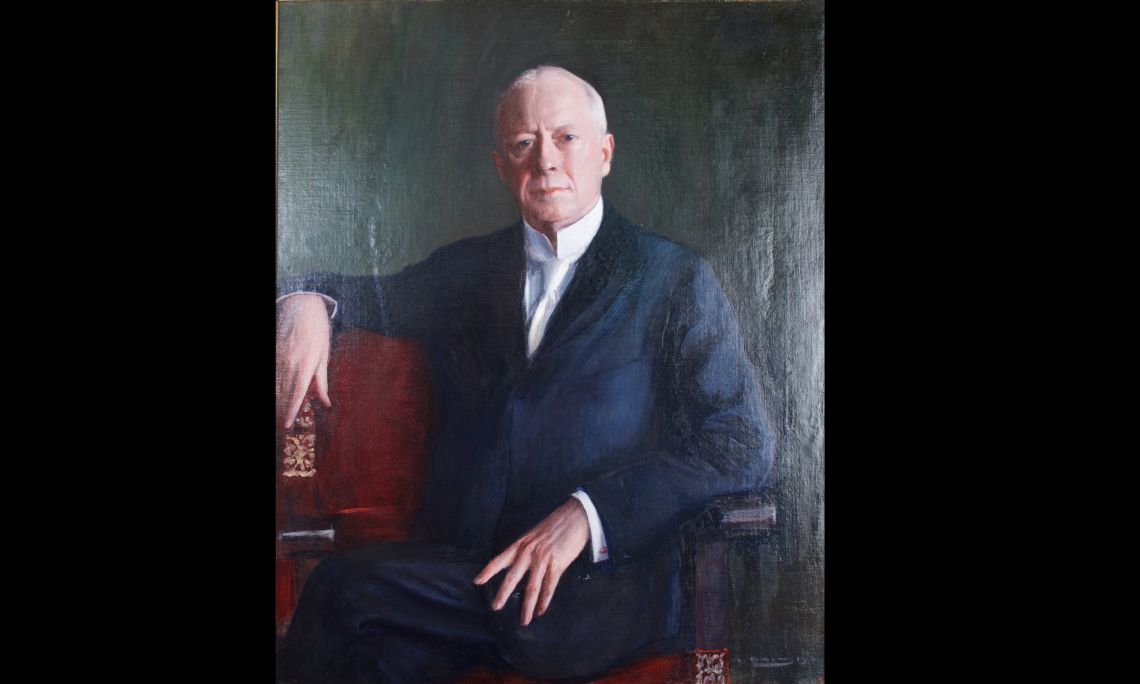 Charles Deering was one of the most important buinessmen in the United States. In 1909 he invited Ramon Casas (Barcelona, ​​1866-1932) to his country to paint portraits of his acquaintances. Upon returning they travelled together to Sitges, and Charles Deering liked it so much that he decided to buy the old hospital to restore it and convert it into his home, which he called Maricel (meaning Sea and Sky).

Between 1910 and 1917, under the artistic supervision of the multifaceted Miquel Utrillo, this monumental complex was built along with his home, where we are now. Another building was also designed to present his art collections, the Maricel Palace, the two buildings being joined together by a bridge over the street.