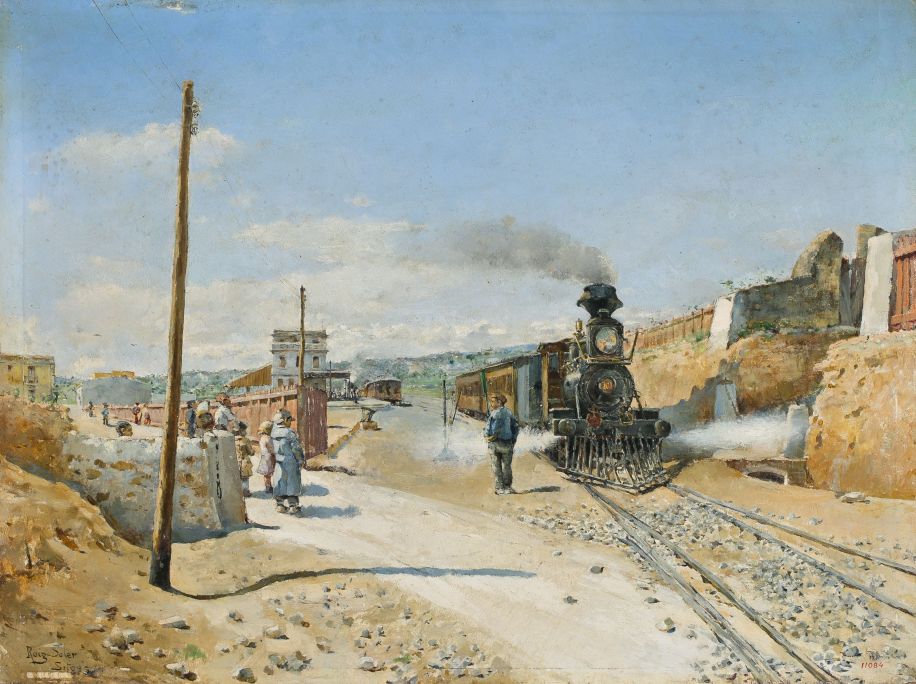 The Luminist School painters were particularly interested in depicting man's action on the environment and recording the changes that the passage of time makes on the landscape.

The subject of this painting by Joan Roig i Soler (Barcelona, ​​1852-1909) is not only the railway but also the notion of progress. In a single composition it also brings together three elements for the modernisation of Sitges, elements which the townspeople had been claiming for many years. Firstly, the railway, which had been opened the previous year, 1881. Then, across the track, a stretch of the road which had linked the town with Barcelona since 1880. And lastly, in the foreground, a telegraph pole.

Such progres was transforming the urban physiognomy.