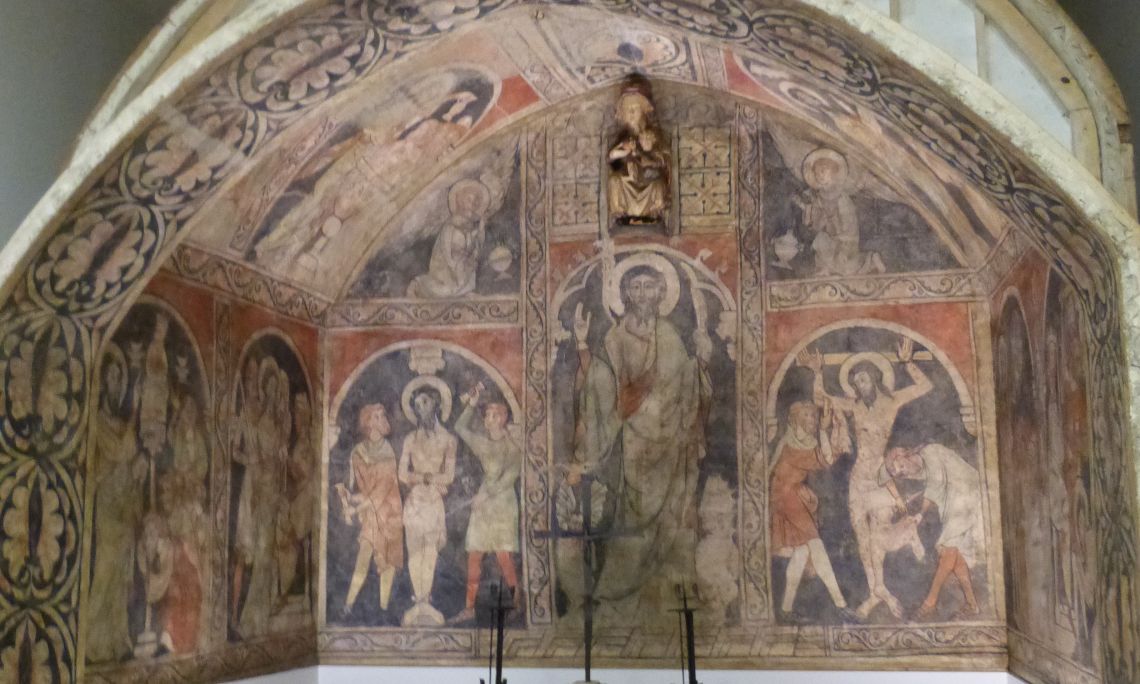 Life and Martyrdom of St. Bartholomew the Apostle by an anonymous Aragonese artist, second quarter of the 14th century. Chapel of Sant Bartomeu, adjoining the chancel of the Parish Church of Sant Cristòfol de Villalba de Perejiles (Zaragoza). Maricel Museum.

The Apostle Bartholomew is said to have preached the gospel in India -- although it is now believed to have been Arabia -- Mesopotamia and Armenia. He was skinned alive, for which reason, in the Middle Ages, a number of guilds, such as the tanners and the furriers, adopted him as their patron saint.

His life story is narrated on the walls of the chapel and focuses on the full-length image of the saint with the knife that fleeced him in his left hand. On the ground and flanking the saint, two demons allude to  Bartholomew’s triumph over the evil spirit.