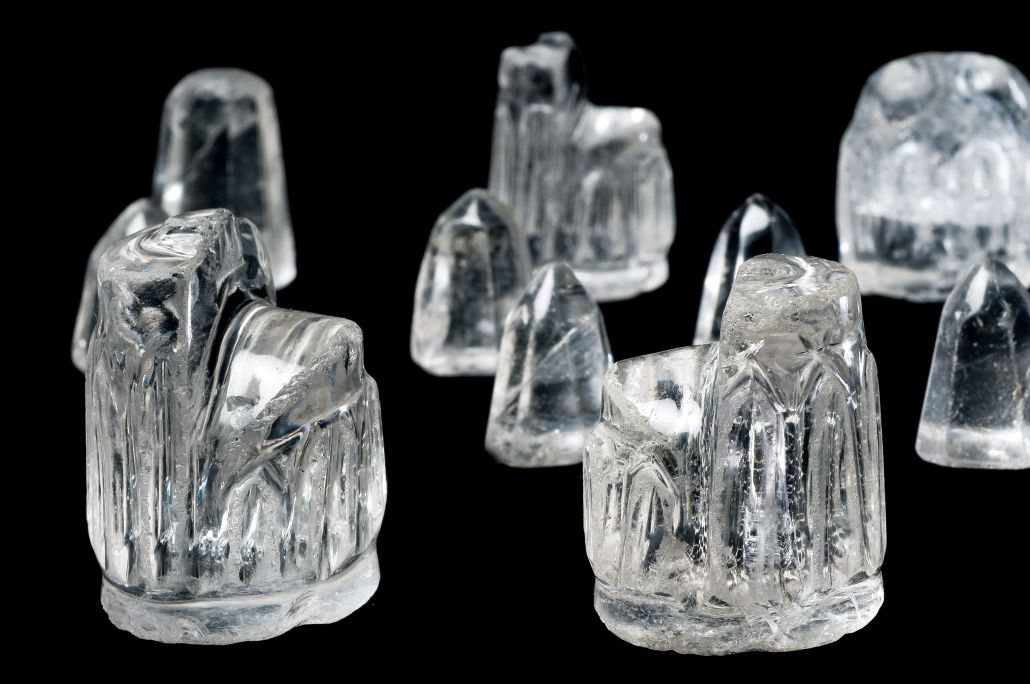 Detail of the nineteen piece chess set which comes from the church of Sant Pere d’Àger, and was crafted in Egypt in the 10th or 11th century. The Diocesan and Comarcal Museum of Lleida. Lleida.

Chess, introduced by the Muslim settlers of Al-Andalus, was adopted by the feudal Christian courts as a game which served to refine the strategic skills of its players. The dispassion and foresight the game required were thought to reflect the attributes and virtues of a true warrior-prince.

This chess set once belonged to Arnau Mir de Tost, lord of Àger, who was just such a warrior-prince. He and his wife owned many Islamic works of art, such as the splendid perfume flask which is also in the museum. They were obviously connoisseurs of the often sumptuously ornate new styles of art the Muslims brought to the Iberian peninsula.