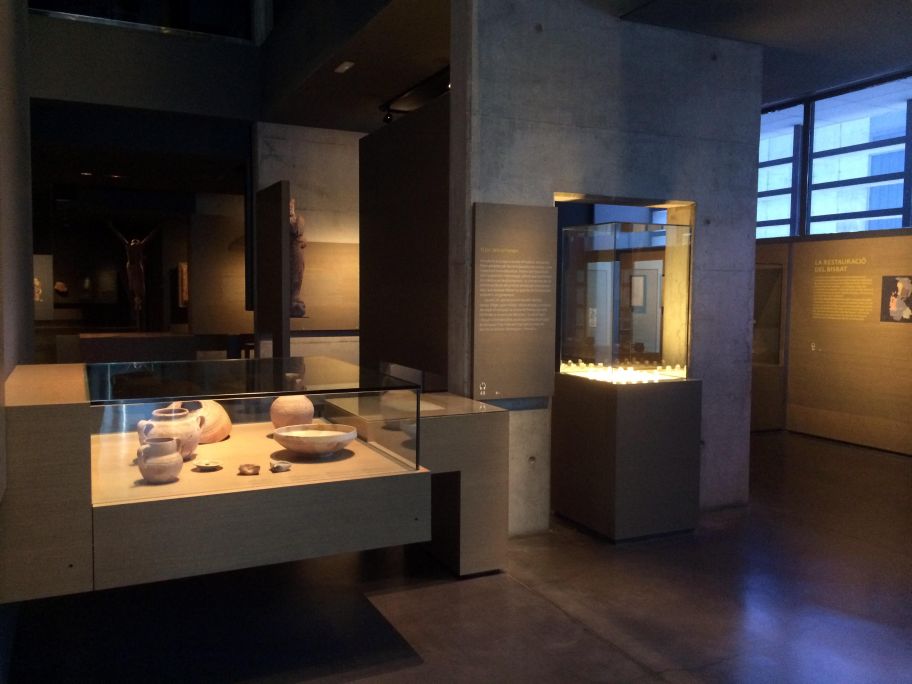 Border People is the title of one of our permanent exhibitions.

In the eleventh and twelfth centuries, these borderlands that are now the province of Lleida lay along the frontier between the Christian northern lands and the Muslim south, and were liberally spiked with castles and watchtowers. A large part of what we now call Lleida was a Muslim dominion, or taifa, a scatter of villages inhabited by farming families, which had walls and other means of defending themselves.

The exhibition presents us with two ways of understanding this shifting frontier and the two very different worldviews which confronted one another across it.

Among the most telling archaeological sites is the hill of Solibernat, one of the few rural settlements from the time of Al-Andalus in Catalonia to have been excavated. Situated on top of a fortified hill, it was not only a self-sufficient farming and herding community, but was a place for surveillance and defence too.

On the Christian side, one of the most remarkable characters to bestride this tug-of-war history was Arnau Mir de Tost, a feudal vassal of the counts of Urgell who became a great warlord. The network of watchtowers and castles he built gave him jurisdiction and control over a wide area.

Arnau Mir de Tost was also the original owner of the beautiful set of chess pieces that is now on display in the museum. 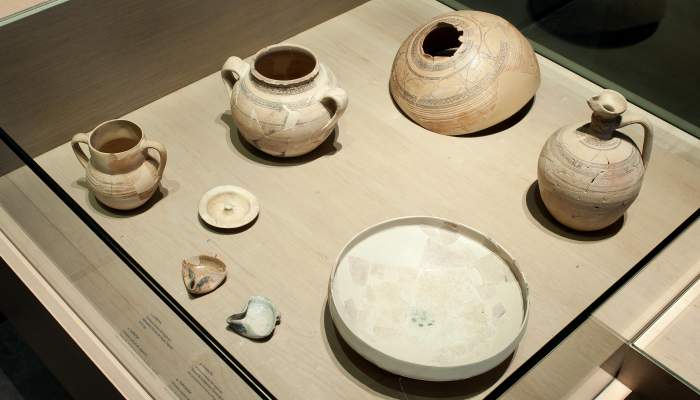 Dinner service from the site o

Dinner service from the site of Solibernat (Torres de Segre) 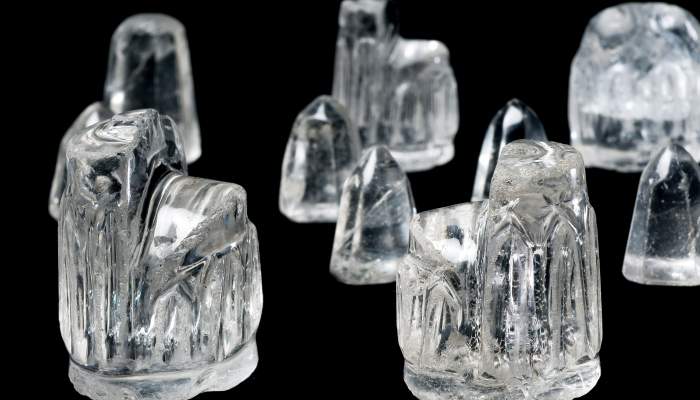