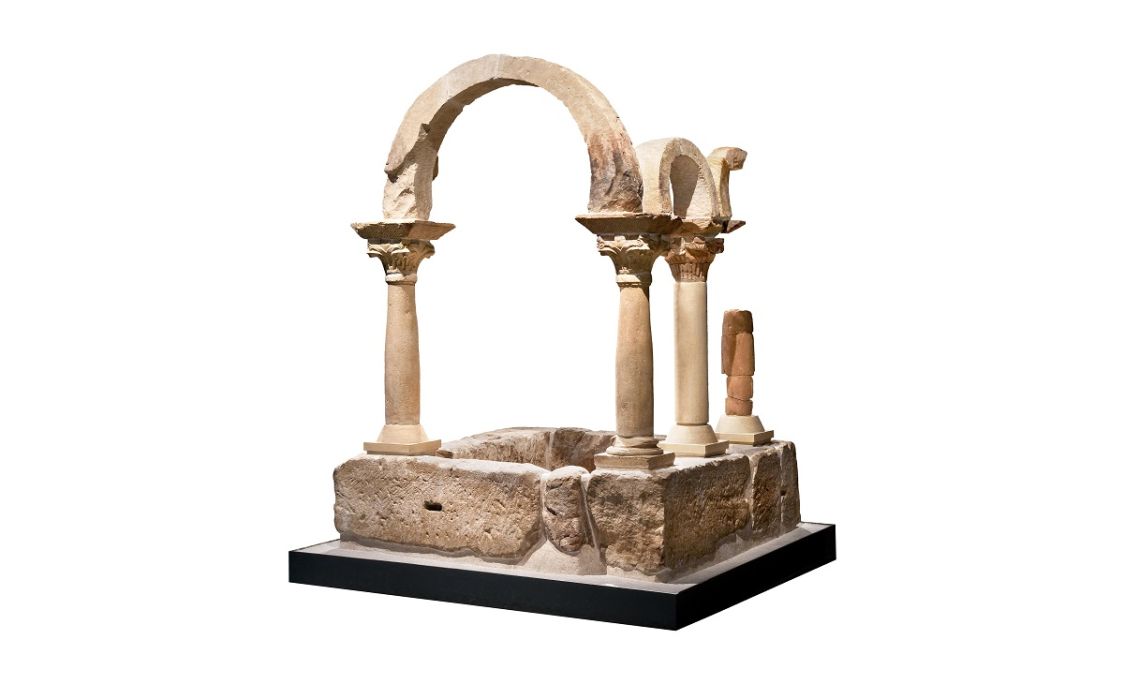 Baptistery which was located at the foot of the early Christian basilica of Bovalar (Seròs). The Diocesan and Comarcal Museum of Lleida. Lleida.

Baptistery of the early Christian basilica of Bovalar (Seròs), consisting of a canopy and an immersion pool. It can be dated to when the basilica was extensively renovated in the 16th century AD. It combines architecture and sculpture, and is considered unique in our heritage of ecclesiastical art. It was covered with a reinforced barrel vault supported by six columns ending in horseshoe-shaped arches, which give a monumental cast to the immersion pool, and, no doubt, imparted a certain solemnity to the baptisms that were celebrated there, which were probably of adults as much as children.