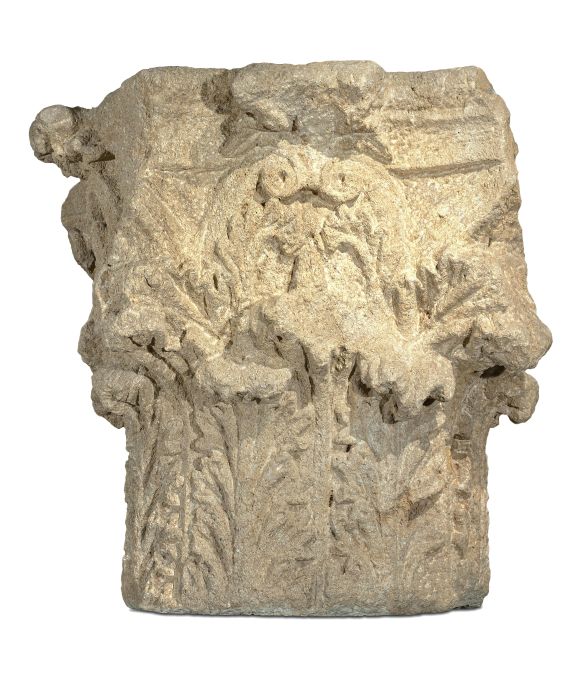 A Corinthian capital located in 1880 in Sant Joan square in Lerida. The Diocesan and Comarcal Museum of Lleida. Lleida.

A Corinthian capital that might come from a unique building located in the ancient Roman forum of the city of Lerida, possibly built to commemorate the rise in the rank of the city of Ilerda during the times of Augustus. Its style allows it to be related to the capitals of the Roman temple of Barcelona, to those of the Tempio Rotondo in Rome and those of the Porta d’August in Rimini, in Italy. It was found in 1880 during the construction of the new Sant Joan church in Lerida and dates from the 1st century BC.