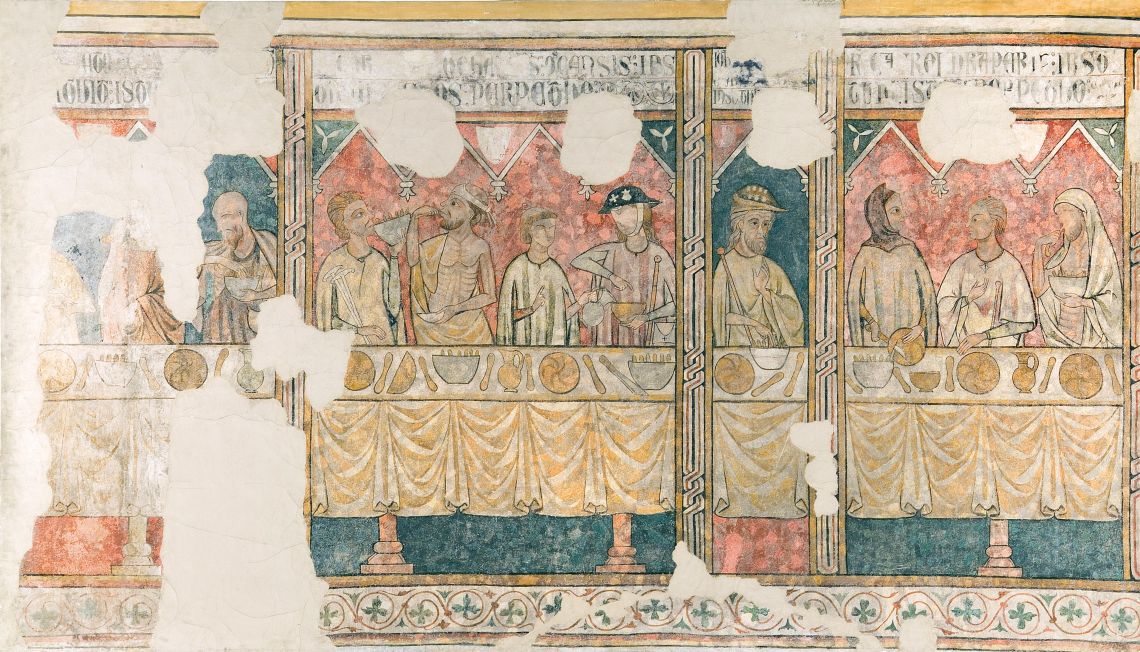 The frescoes of Pia Almoina: reminders of the people of Lleida’s charitable work in the Late Middle Ages. The Diocesan and Comarcal Museum of Lleida. Lleida.

La Pia Almoina or poorhouse, was a charitable institution established by the chapter of the cathedral to encourage alms-giving and compassion for the poor. From as early as 1277 the The Pious Alms was home to many destitute people, who were fed, dressed and given shelter there thanks to donations and legacies. Many people in need, as well as indigents travelling the roads, would go there to be fed. They would have been a motley collection of human beings in various degrees of distress, and, as such, were the dark underside of the busy, enterprising, prosperous society that was then emerging in Lleida.