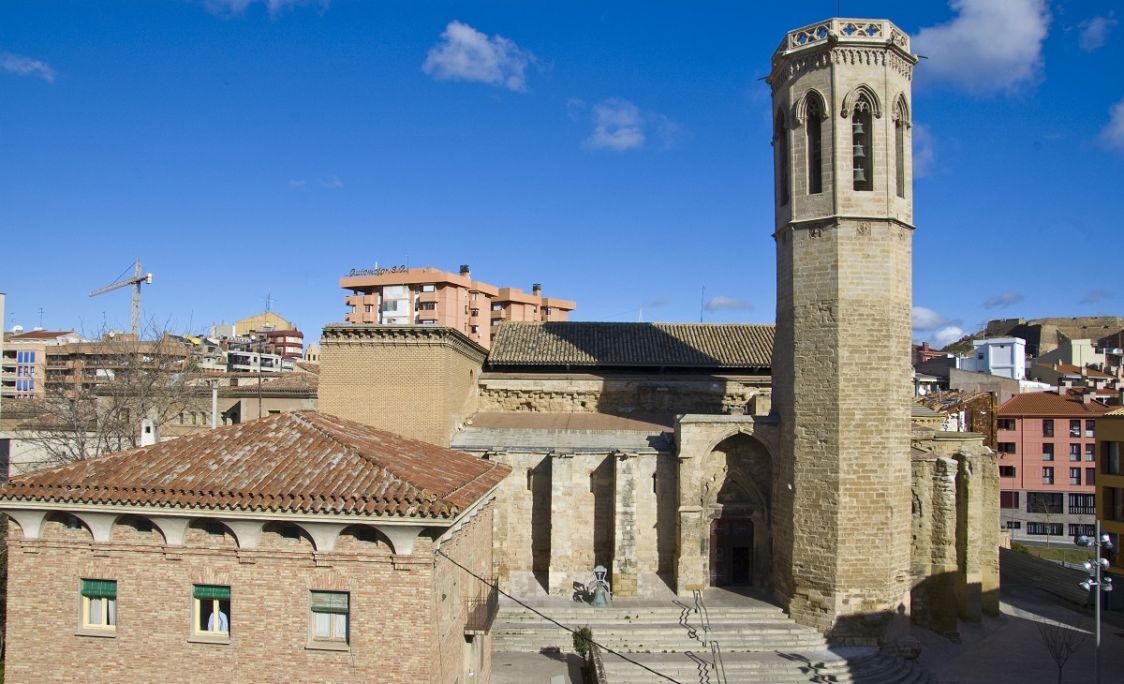 Church of Sant Llorenç, one of Lleida’s major monuments

The church of Sant Llorenç, near the museum, is one of the outstanding monuments right at the heart of the city, in what in medieval times was a quarter where artisans worked. The church is notable for the magnificent opulence of its architecture, whose style is a happy fusion of the Romanesque and the Gothic, and for the art on display in its interior, where there is an impressive set of stone altarpieces from the Lleida school of Gothic sculpture of the fourteenth century, as well as Gothic paintings and sculptures from the museum’s collection.

The main altarpiece, dedicated to Saint Lawrence, is the work of the great master Bartomeu de Robió and his studio, also the author of the sculptures of Saint Peter and Saint Llúcia. Equally worthy of note is the altarpiece of Saint Ursula, by Jaume Cascalls’ studio. In the church, among other sculptures, there is the Verge dels Fillols, the Virgin of the Little Children, originally in the Seu Vella, and the Verge de Saidí. Among the paintings, you should particularly look out for Sant Blai d’Algaió by Jaume Ferrer II.