The world of death. Iberians 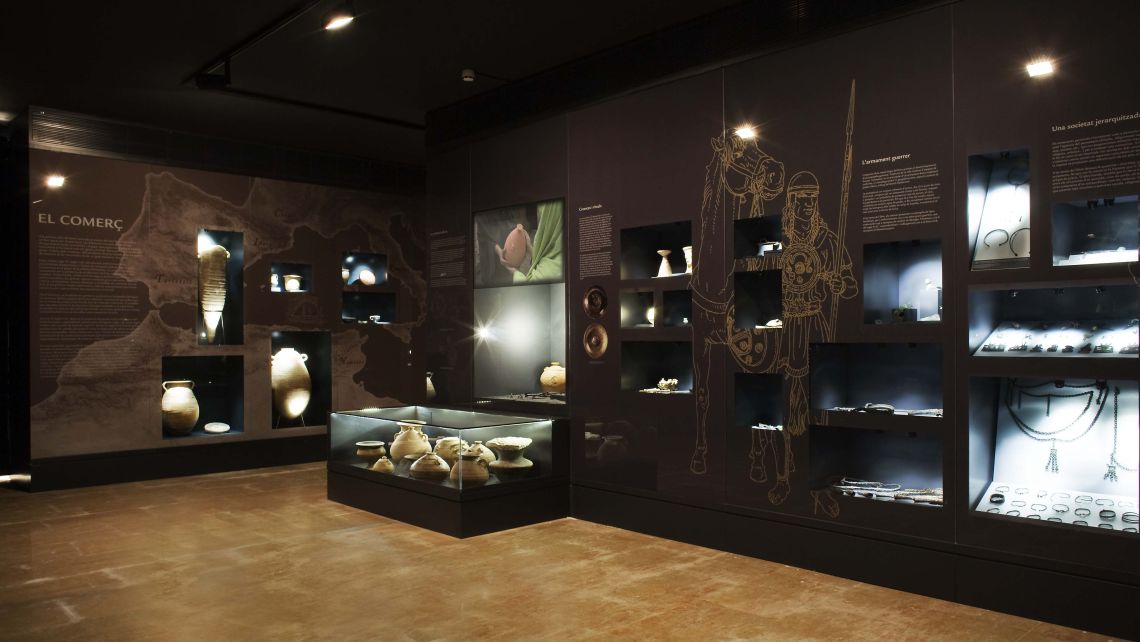 The early Iron Age saw the introduction of a new funeral rite, cremation, which reflects an ideological change in society. Adoption of this technique was fostered by contact between different European peoples. At first the old traditions persisted, with burials and cremations coexisting at the same necropolis.

The new rite of cremation had two variants, the urnfields and the barrows, which shared the same geographical and chronological space, the same ritual affinities and a similar material culture. The necropoleis were usually built near water, for purification purposes, and close to settlements. The hierarchical organisation of society regarded funeral rites as an indicator of status and they were denied to much of the population.

Burials generally involved the incineration of the body and the placing of the bones and ashes in a ceramic urn. The urn was then buried in a small cavity accompanied by grave goods, which usually consisted of ornaments, personal items and weapons. The ceramic urn was made either by hand or on a wheel and was known as the urna d’orelletes.

05. The world of death. Iberians 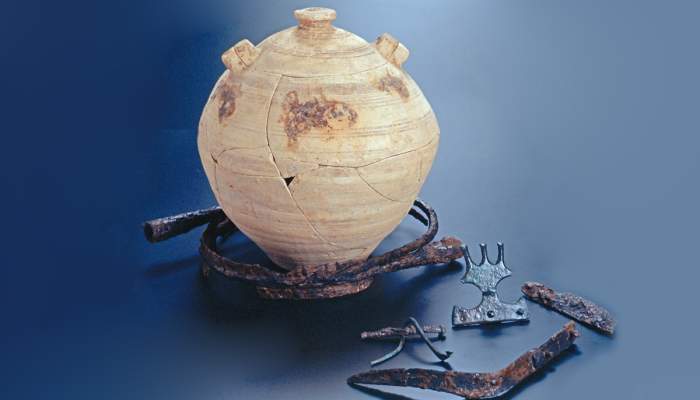 Urn and grave goods from the I

Urn and grave goods from the Iberian period