The world of death. Roman 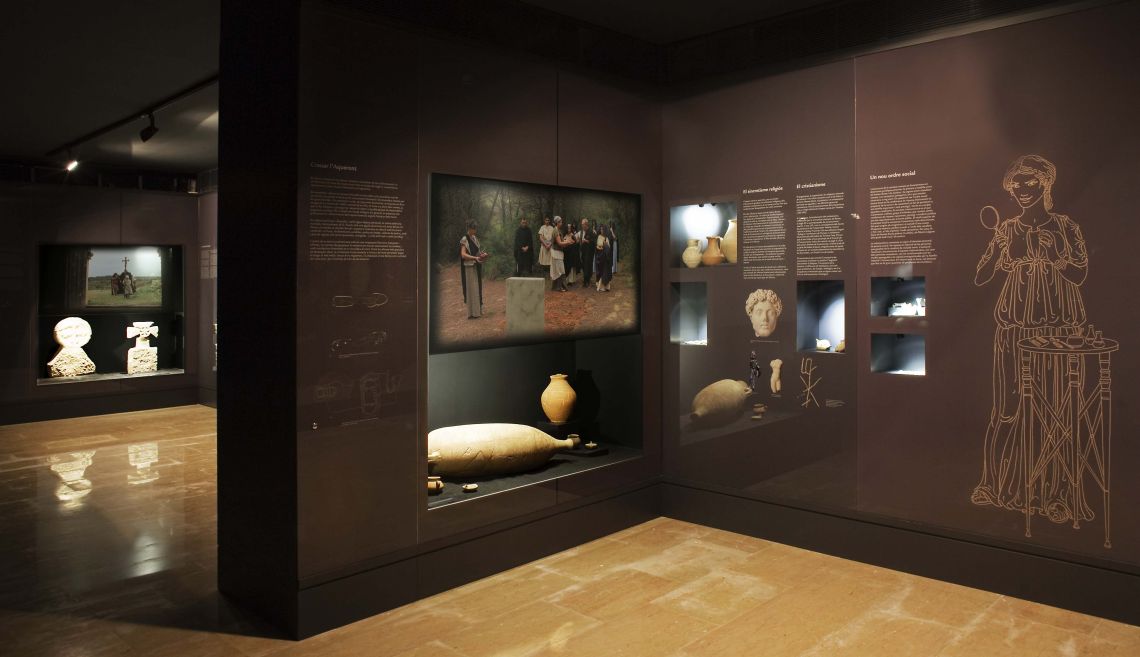 The early Roman period witnessed the coexistence of burial and cremation practices. The change in ritual took place in the 2nd century, when the new ritual of burial quickly came to prevail.

Urban cemeteries were located outside the city alongside roads, where funeral monuments and the mausoleums of leading families were also built. Rural cemeteries, which were more scattered, were located around the main villa buildingon barren land or near paths, because they were protected by law and accessible so that people could perform the compulsory rituals. In general, a hierarchical order was imposed on burial sites in accordance with the status of the deceased.

The corpse, which was perfumed, stripped and adorned with a personal item, was wrapped in a shroud, usually of linen and fastened with a bronze pin over the chest. The deceased were laid on their backs in the tomb, which laid out in accordance with the cardinal points. The grave, which might vary in size, could be simple, covered with stones or a structure of tegulae (square or triangular in section), or containing a coffin or sarcophagus. 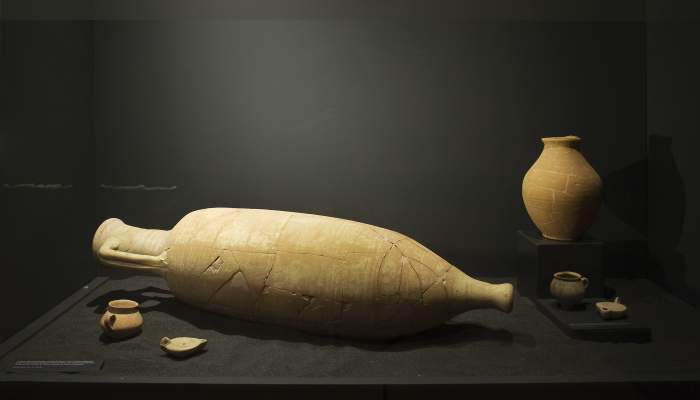