The Colonization of the Countryside: the Roman World 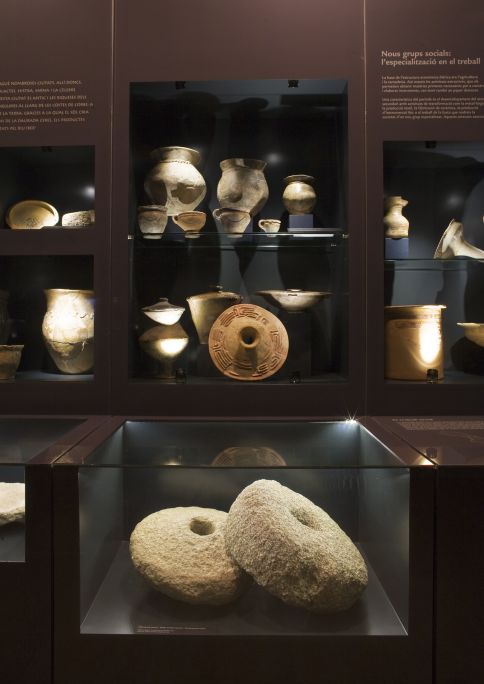 The world of the living. The Colonization of the Countryside: the roman world.

Roman rule instigated the progressive implementation of urban life, and a new system of economic operation: the villa. The urban centre around which our region was centred was Dertosa. A new network of roads, trails, field drainage and irrigation systems spread out from this town. With the technological improvements and the commercial possibilities of the time, the cultivation of Mediterranean crops like olives, grapes and wheat intensified.

The decline in wine production in ancient Catalonia in the period of the early Roman Empire sparked a time of significant change, as a result of the loss of markets. This was reflected in the consolidation of land ownership and the increasing trend for inhabitants to move to population centres. In the Terres de l'Ebre during the Crisis of the 3rd Century, the population of villas gradually fell and the residential areas around these compounds disappeared, as can be observed at Casablanca or Barrugat, a trend which would continue until the time of the Visigoths.

In our exhibit, we can see architectural remains from these villas, such as roofing tiles, ante-fixae, or pavement and mosaic fragments. We also find pieces of “Cinta stone”, famous in ancient times, taken from the quarries of Tortosa. In addition, we find amphorae, some with markings of the Ebro villas that sold wine consumed by the Roman army. Personal ornaments were also among the findings, with some of the best being the collection of phallic pendants and rings with Christian symbols, an early indication of the arrival of this new religion in the Terres de l’Ebre.