The Lords of the Land 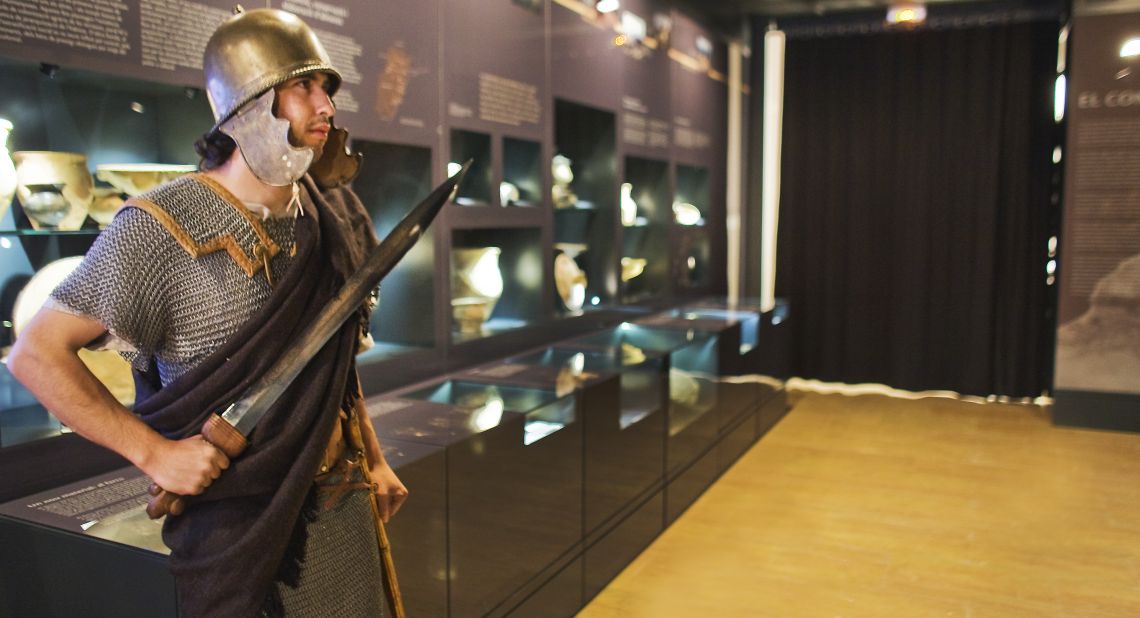 The World of the Living: the lords of the land.

In the Moorish period, the Ebro valley became the border of Al-Andalus. In this period, there were many changes to the social, economic, political and religious order that affected the three communities settled in the region: Christian, Muslim and Jewish.

The Muslims established a political structure designed to govern the military, legal-religious, administrative and fiscal aspects of the life of the Islamic community of the Iberian Peninsula.

In this room, we see Moorish ceramic pieces, whose forms and finishes have been passed down through the ages and can still be seen in the ceramic-producing towns of the Ebro, like Miravet or La Galera.

The Christians seized upon the weakening of Moorish authority to begin their conquest. From this turbulent period, we can see the Masdenverge Treasure, a unique collection of silver coins from Al-Andalus, hidden by their former owner.

After the conquest, the establishment of the feudal system resulted in a notable shift in the production strategies of the areas once settled by Moorish peasants. The lords controlled the types of crops and monopolised the ovens and mills as their source of income. Some examples on display of the agriculture of this period are a hoe from the Castle of Ulldecona, a sickle from the Castle of Amposta and a horseshoe from the Castle of Miravet.

In 1148, Tortosa would be conquered by Count Ramon Berenguer IV. The donations made by the Count in the region favoured the Knights Templar, Knights Hospitaller and other powerful groups.