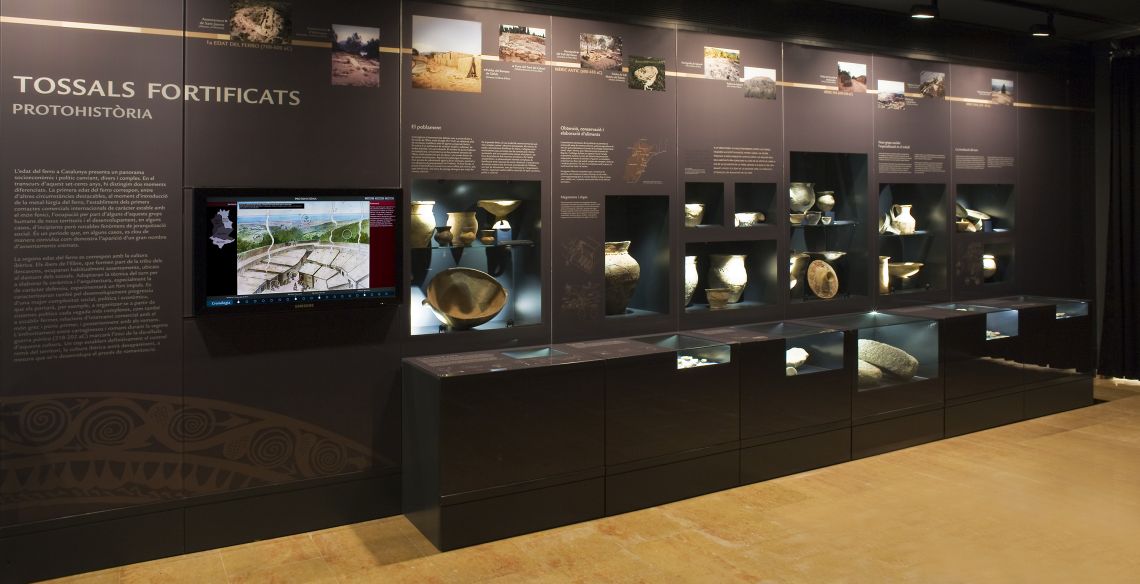 The World of the Living: Fortified Hills.

Catalonia's Iron Age is widely recognised as having two main periods. The first corresponds with the introduction of ironworking and the first stable international trade with the Phoenician world, the settlement of new territories by some of these groups, and a notable tendency towards the creation of social hierarchies. In addition, this period was a highly turbulent one that shuts with many settlements being burned.

The second period is that of the Iberian culture. The Iberians of the Ebro, members of the Ilercavones tribe, built their settlements on high ground. In this period, they adopted the use of the potter's wheel, but also architecture, especially as a means of defence. The periods were also characterised by the development of a complex social, political and economic structure. Strong trade ties were developed, first with the Greek and Phoenician worlds, and later with the Roman world.  In fact, conflicts between Romans and Carthaginians during the Second Punic War (218 – 202 BC) marked the beginning of the decline of this culture.

Here, we can see examples of metalworking, tools for grinding grain or ceramic vessels for cooking food, made by hand or on a potter’s wheel. These tools display notable job specialization.