From Caves to the Villages 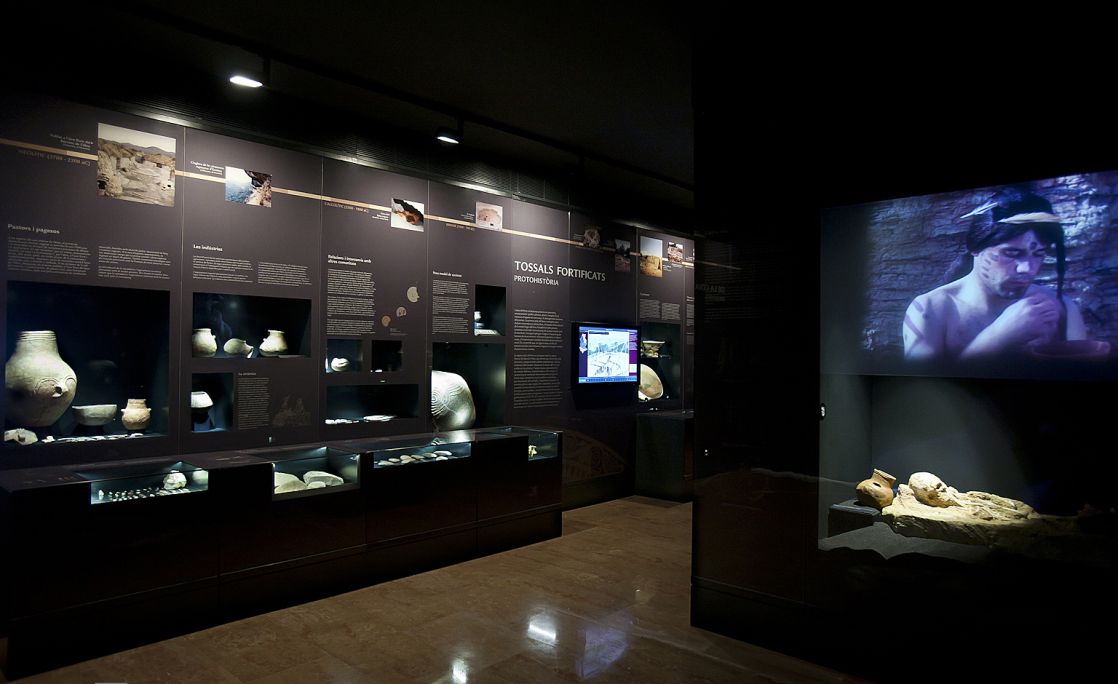 The World of the Living: from Caves to the Village.

We are at the end of the last Ice Age, an event with important consequences for the climate and the environment. This event directly affected the survival of hunter-gatherer groups, who tried to adapt by hunting smaller animals, learning to fish and collecting more plant foodstuffs. However, this was not enough to maintain populations, so a real revolution would occur, involving the raising of livestock and the cultivation of cereals. New tools were invented, people became more sedentary and funerary practices were developed. In this area, we find flint cutting tools, polished stone tools for grinding grain, and several ceramic vessels, all which have been found at archaeological sites in the Terres de l’Ebre. Tools soon became more specific, designed for a single task. They also became more complex, often requiring wooden handles.

Ornaments, such as long necklaces or rigid and articulated bracelets made of shells, are among the more noteworthy items on display. A significant production of such pieces allowed for trade with other communities.

Around this period, there was also a change in humankind’s view toward nature; until this point, they had essentially adapted to it, but now they would seek to transform it.

01. From Caves to the Villages