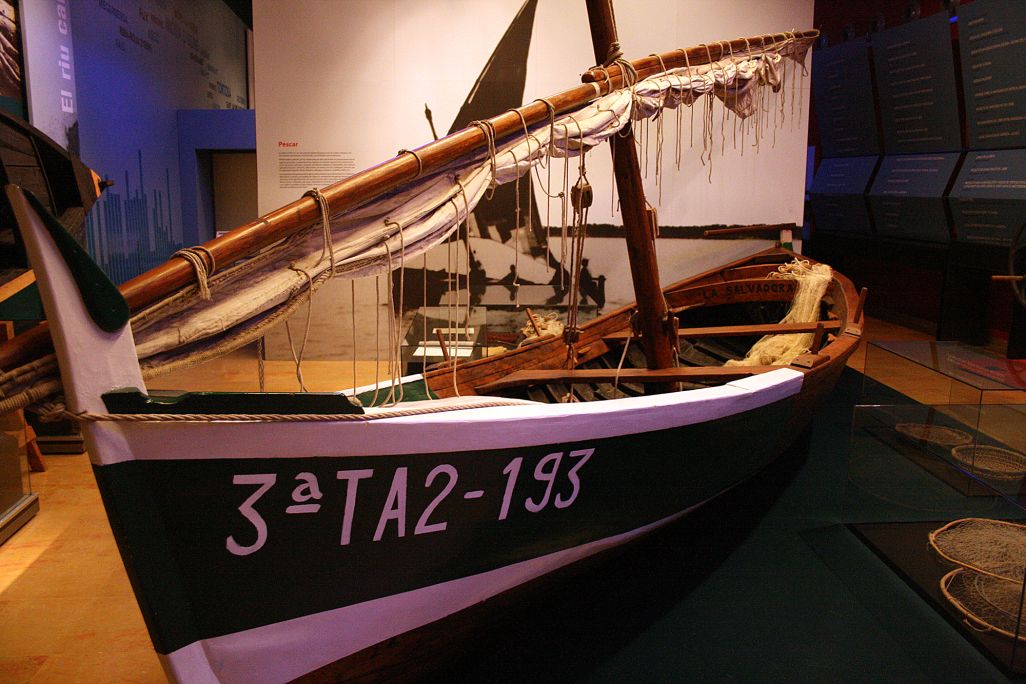 Built by Ferran Vilàs, throughout its working life the muleta belonged to the Sapiña family, who used it mainly to fish in the river. Made of pine and olive wood, its name means “Saviour”, a reference to the fact that it rescued two men from the river during its maiden voyage from the boatyard in Tortosa to Amposta. It was also called La Vellaca (the “Old One”) because its timbers were very old. Its previous owner, Pepe Sapiña, can be considered the last professional fisherman on the Ebro.