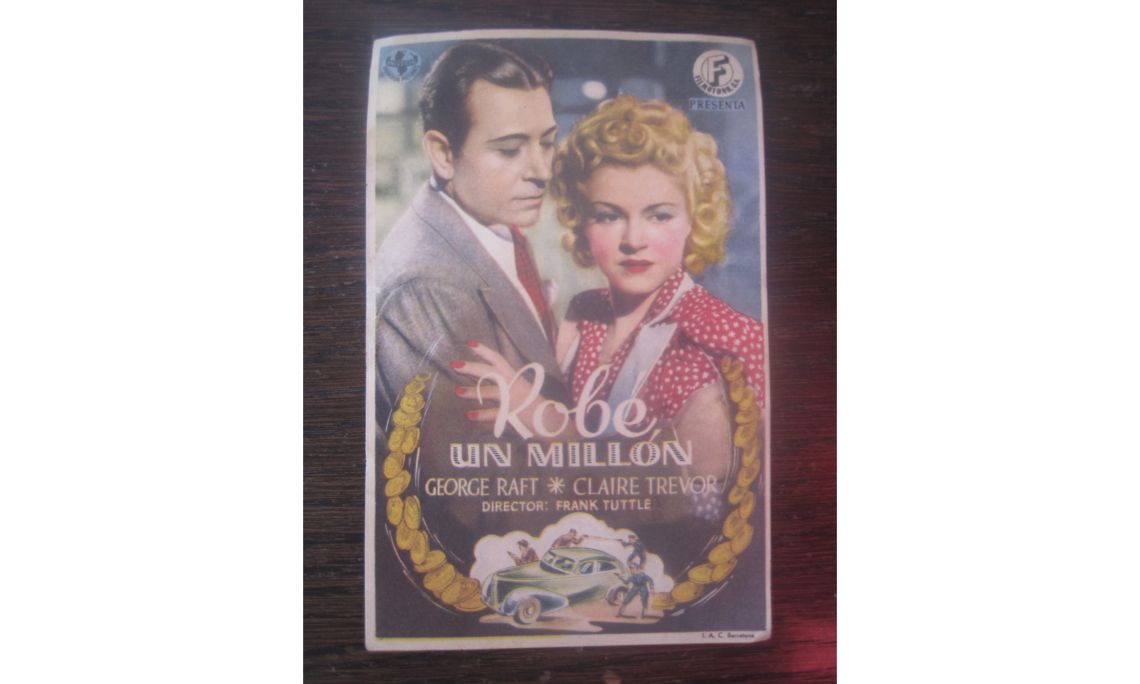 Cinema programme of the film Robé un millón (I stole a million). The Cercs Mines Museum.

Cinema programme of the film Robé un millón (I stole a million), starring George Raft and Claire Trevor and directed by Frank Tuttle. The colony’s cinema hall was a very important place for the inhabitants of the Sant Corneli mining colony. The mining company organised leisure activities for the workers with different services available, and the cinema hall was one of them. For many years, and especially after the Civil War, and until 1975, the people of the colony and the surrounding area met up at the cinema every Sunday. It is now one of the hundred buildings declared as part of Catalonia's industrial heritage.