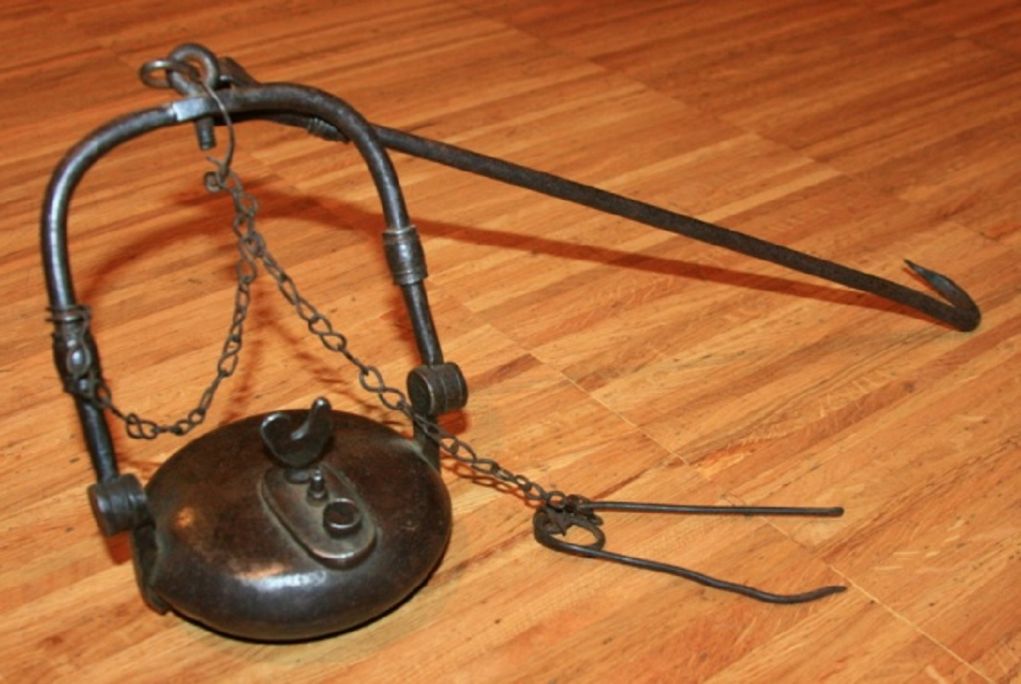 During the 19th century, the mines were made up of short galleries which weren’t usually more than five-hundred metres long. Miners' tools consisted of just a pick and a shovel that was used to dig out the coal, as well as a rooster lamp to illuminate their way.

From six in the morning until six in the afternoon, the only light source available to the miners was that provided by the rooster lamps, which burnt excess cooking fat, giving off a weak yet pungent flame. The name rooster lamp comes from the shape of the plug on the top.