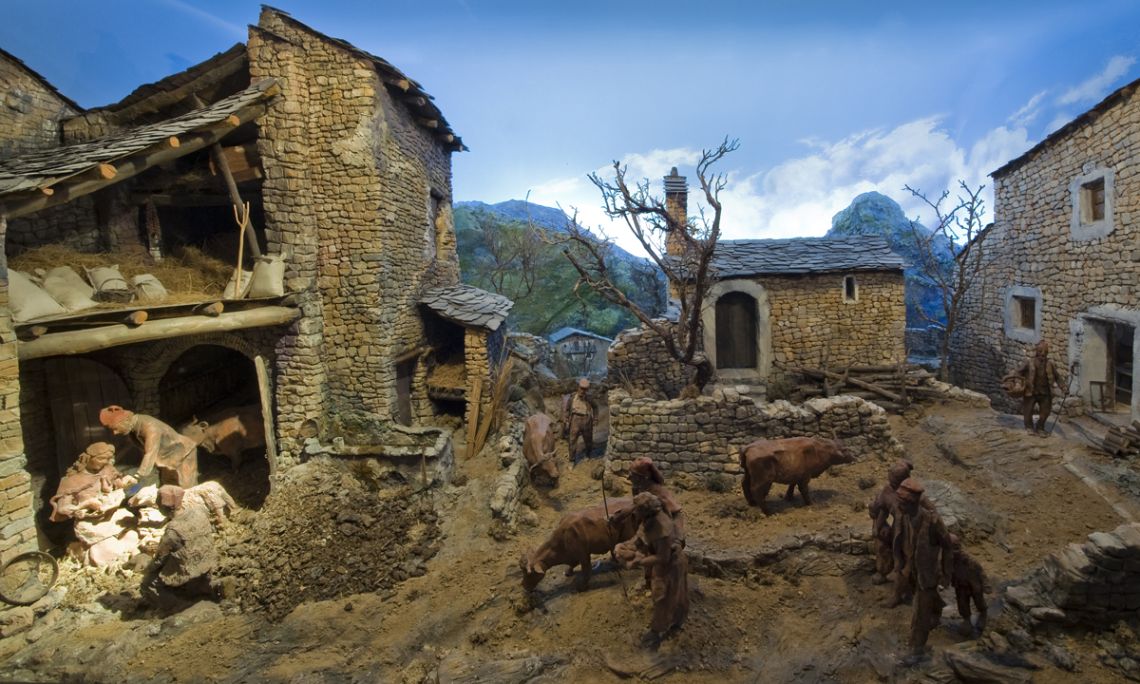 The Museum of Rural Life has a unique collection of miniature scenes.

The Miniature Scene Hall has 11 dioramas which are a wonderful example of the country’s miniature scene tradition. The situations depicted range from the privacy of domestic scenes as the cagatió, a local Christmas tradition, to the flight to Egypt. It is a minuscule world imbued with cosy shadows and wintry light.

Making a nativity scene, which shows the birth of Jesus, is a longstanding tradition in Catalan society. However, the dioramas in this museum depict all kinds of scenes, primarily surrounding the Christmas season but also other traditions and customs as well.  In Catalan these scenes are called “pessebres” (or “manger scenes” in English) because according to the Bible when Jesus was born in the stable he was placed inside an animal’s feeding trough called a pessebre.

The custom of depicting the birth of Christ at Christmastime, of graphically reproducing it through living or plastic figures, is a deeply-rooted tradition in Catalonia. Furthermore, the Catalan manger scene always has a unique figure, the caganer (literally, the crapper, a figure who is defecating), whose origins date back to the 18th century.

The works installed in this hall were crafted by different groups of miniature scene makers in Catalonia. 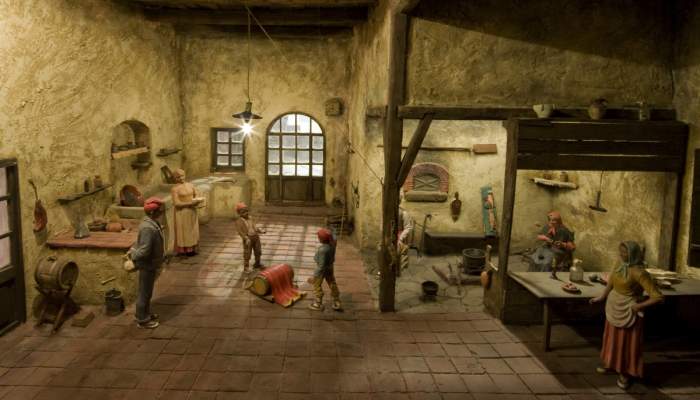