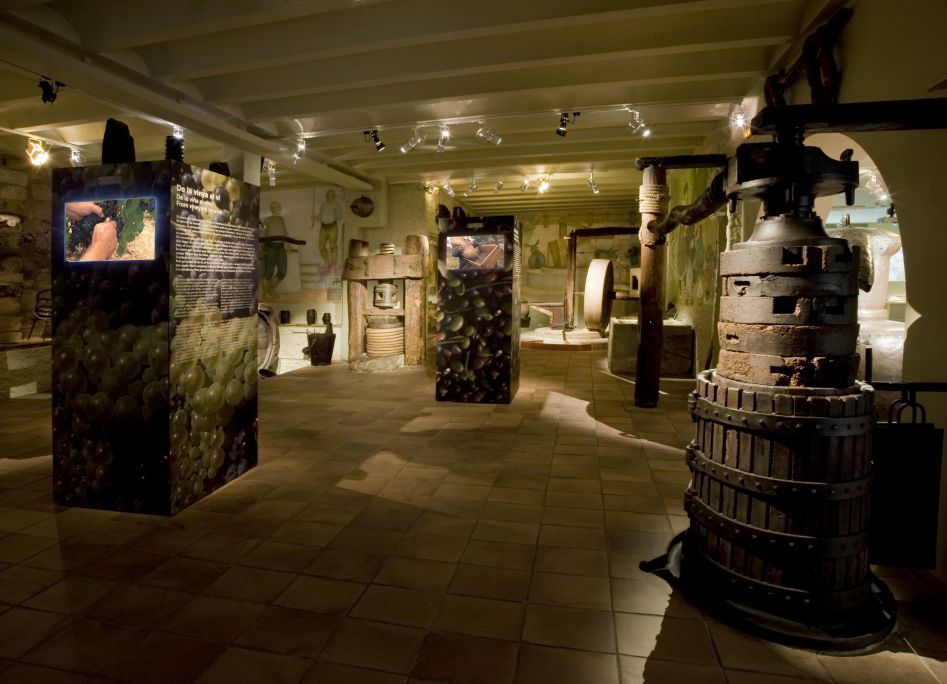 Scenic view of the hall devoted to the three main crops in the country: grapevines, wheat and olive trees.

For over two millennia, the predominant crops in the country – and by, extension, along the entire Mediterranean coastline – have been olive trees, wheat and grapevines. Their fruits have provided three basic foodstuffs: oil, wheat and wine. To get them, the farmers used tools and devices designed to invest the least toil into the farming yet get the most from both the harvests and their transformation.

This can be seen in the museum with audiovisuals and an exhibition of the tools and vessels traditionally used by farmers. Ploughs, soil sifters, stills, presses, grinding wheels, chutes and other objects coexist harmoniously with amazing audiovisuals.

The videos show the entire crop cycle, from the preparation of the soil for sowing to the harvesting of the crops. They also show how flour, oil and wine are produced, three products which for aeons and aeons have not only been the most important and ancient way that so many farming families earned a living but also the primary source of food for the rest of the population. 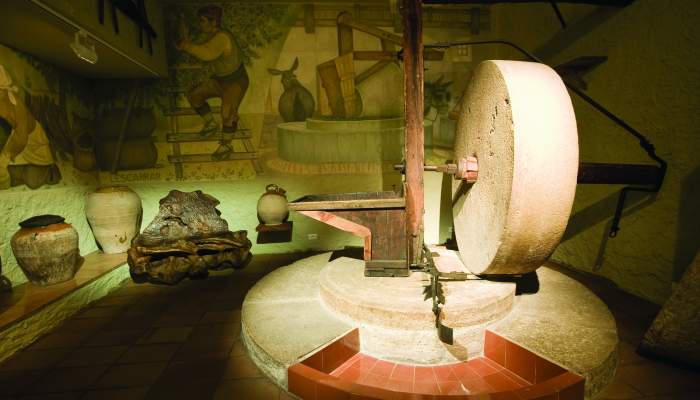 A trull or olive oil press

A trull or olive oil press 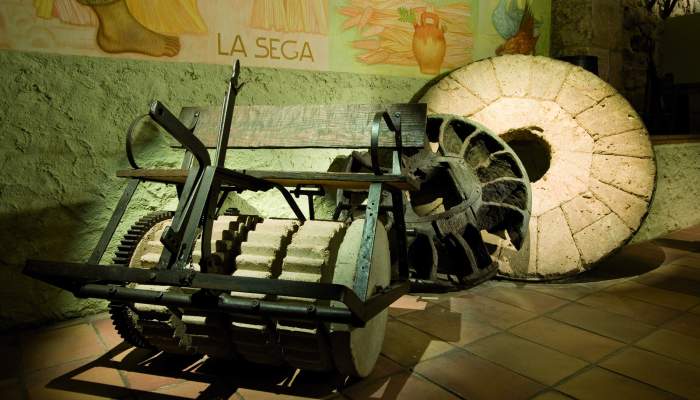 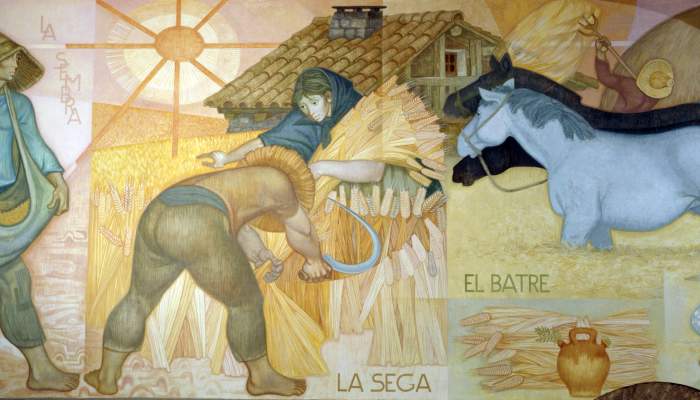 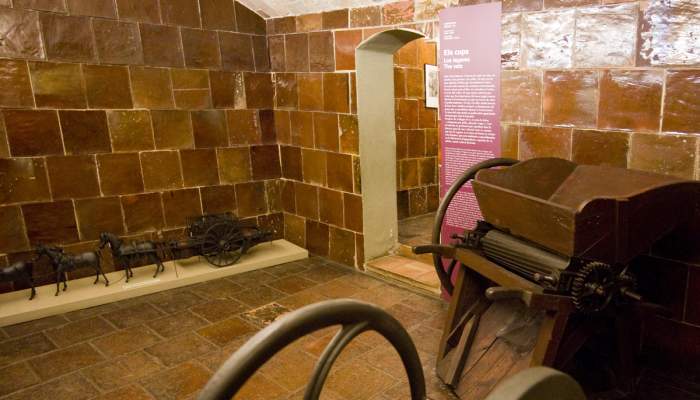