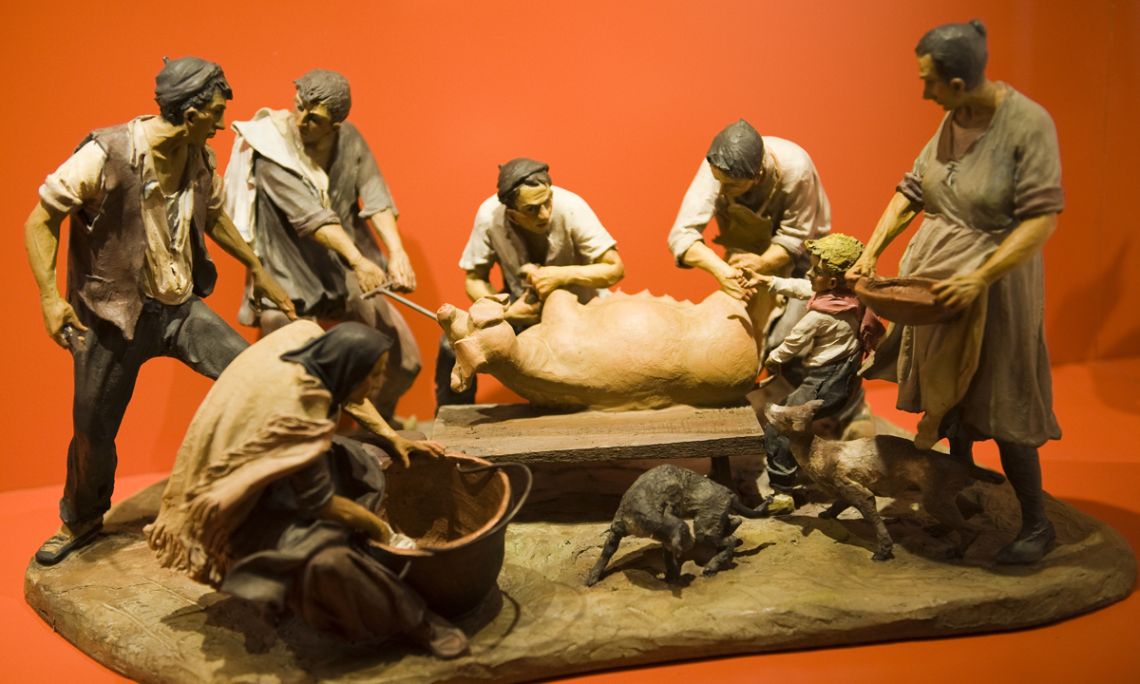 Until quite recently, many rural families raised swine at home in order to slaughter them and put away food for the entire year, until the next year’s slaughter.

The swine slaughter was the step prior to preparing and using the meat and other parts of the animal. It became a huge festivity in all farmhouses which traditionally took place at a given time of the year and was accompanied by popular celebrations (a dinner and dance), either within the family or in groups.