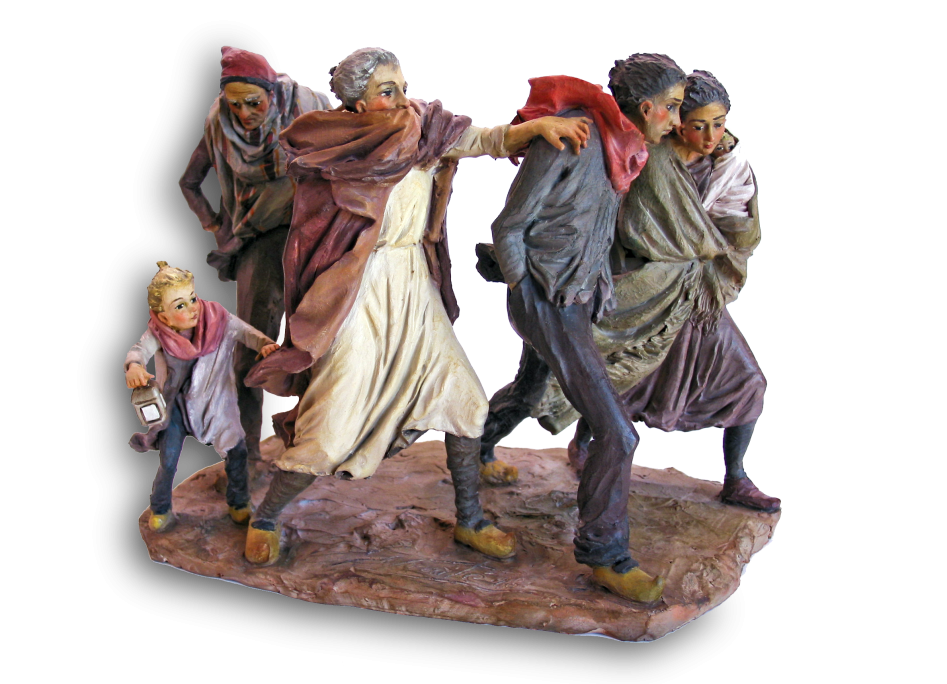 This sculpture is related to the traditional midnight mass held on Christmas Eve. A family is heading to mass as they are buffeted by the cold and wind.

In the Catalan-speaking lands, Christmas begins with this mass held at midnight which is fully of liturgical and popular resonances.