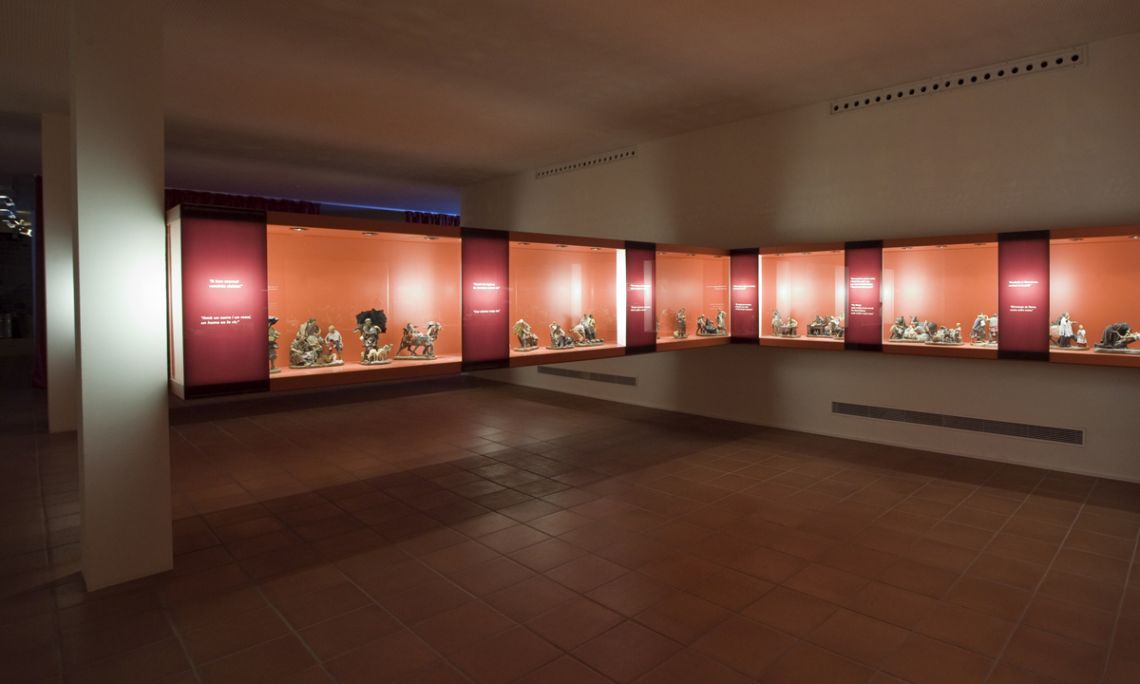 The Traité Hall displays a unique collection of rural ethnography, with a total of 84 sculpture.

The figures by Josep Traité i Compte are terracotta sculptural groups, a common art form in Catalonia. They serve as a summary of everything displayed in the museum: the trades, domestic chores, fieldwork, traditional customs and festivals, home life, etc. They are a tribute to the effort, tenacity, honesty and wisdom of country folk.

The hall devoted to this great artist from Olot shows and captures the spirit of life in nature throughout the year, but also throughout life. Traité’s small sculptural groups are capable of evoking moments that have been engraved in the country’s memory, as well as many others that the winds of history have carried away (the wind, by the way, that the artist strove to introduce in the air of his figures, which often have ruffled hair and are bent over).

Traité’s work is grounded not only upon his exploitation of the potential of his art form but also upon an enormous talent for focusing our eyes on the tiny nooks and crannies of a country life which has changed substantially in recent decades. Thus, the Traité Hall is also an invaluable contribution to ethnography. 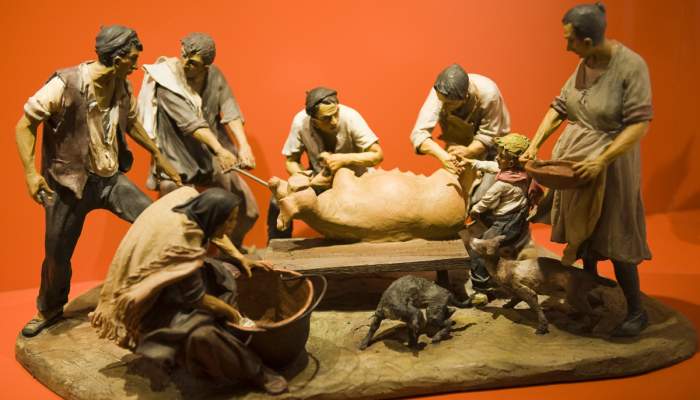 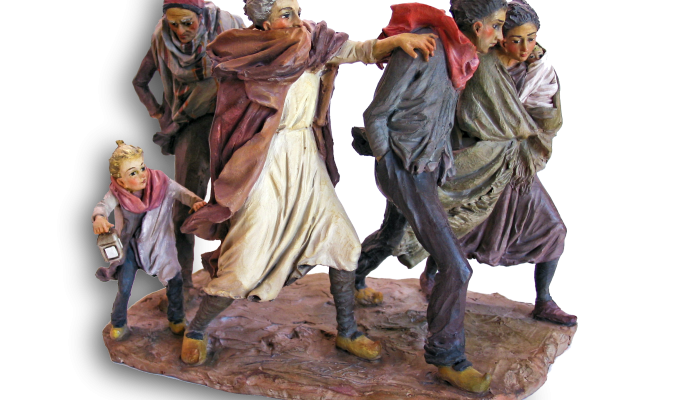