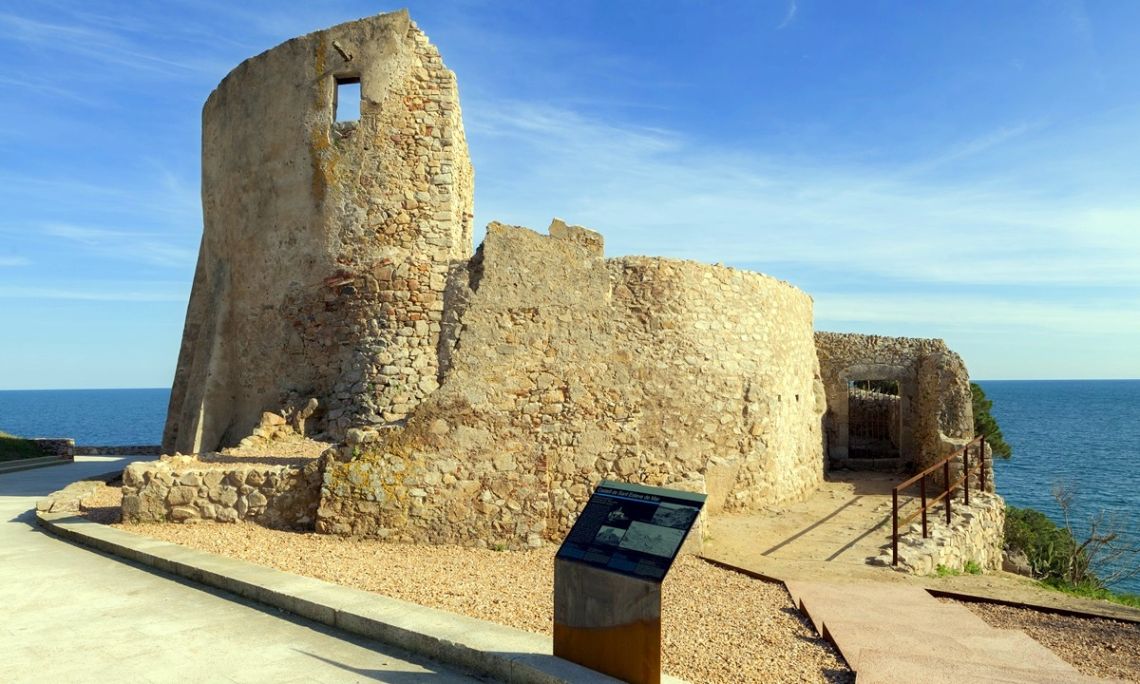 The remains of Sant Esteve de Mar castle (or La Fosca castle) have been consolidated as part of the Open Romanesque programme sponsored by “la Caixa”, with the goal of recovering an emblematic space in the town of Palamós. The castle is located in a privileged setting over the beach of La Fosca, at the base of the ring road, with extraordinary views of the coastline.

Built atop a Roman villa, Sant Esteve castle is mentioned for the first time in 1063. In 1277, Pere II the Great purchased it to found a royal port for his ships in this region, a historical event which marks the origins of the town of Palamós. After losing its fame, it still retained its military functions and was used to keep watch over the coast in the Middle Ages and in Modern Times, as a point of control over navigation and to defend against piracy. Over time it was turned into a country estate dedicated to farming and fishing, until it was permanently abandoned in the mid-20th century.

The Fishing Museum organises regular guided tours of Sant Esteve castle to explain the origin, typology, architecture and purposes of the building, as well as its role in the tumultuous history of Palamós.