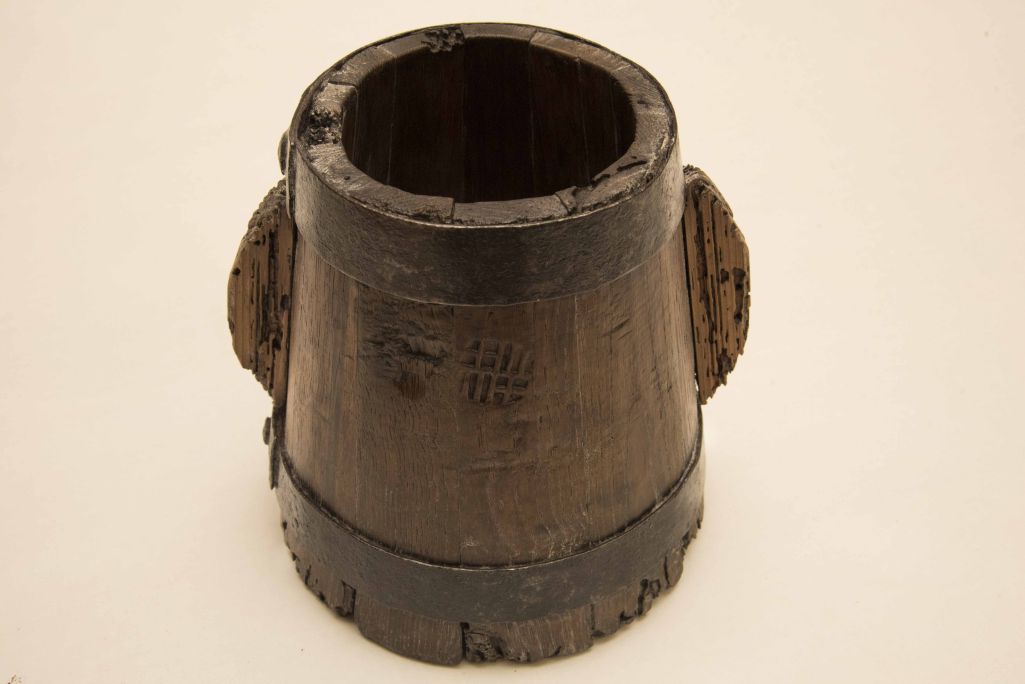 A volume measurement used for grain, legumes or other fruit

The ‘quarteró’ was the official capacity measure of the city of Barcelona, equivalent to ‘¼ Quartà’.

To prevent fraud, containers for retail sale had to be approved as official measures. One of the identifiers of these official pieces from Barcelona was a mark of the city’s coat-of-arms on the piece, as seen on the ‘quarteró’ on display here.

The piece has other undetermined marks such as the initials MX, probably from ‘mostassaf’, the person who had to approve it or relating to the product with which it was used. On the iron hoops, remains of numbering can be seen, perhaps the year of manufacture.