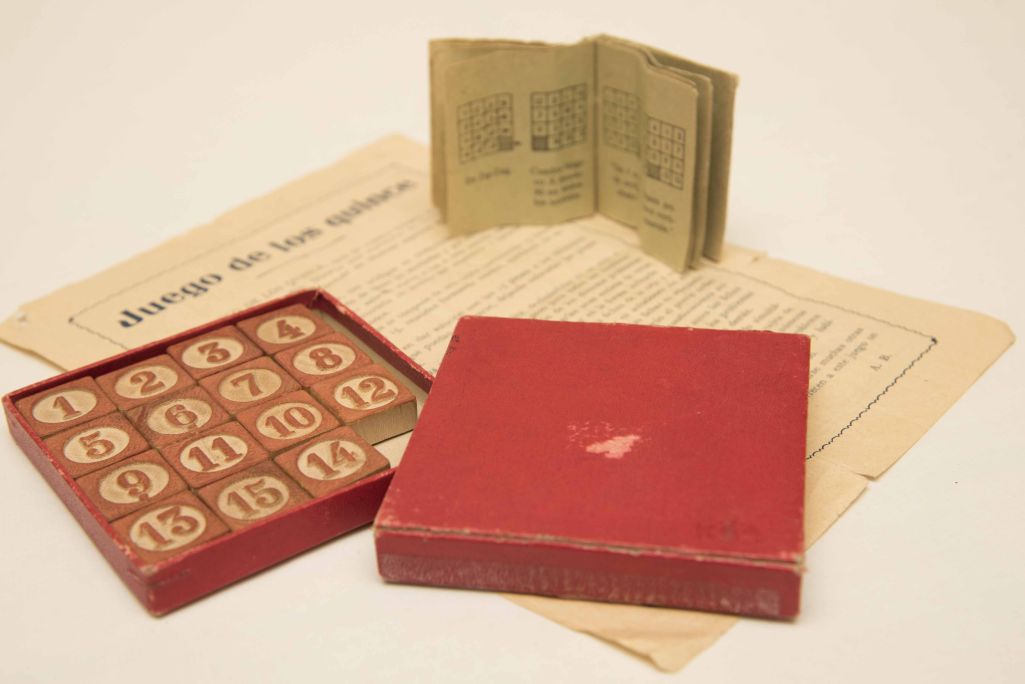 The ‘joc dels quinze’ number block game became great entertainment for both children and adults. This piece dates back to 1925

The ‘joc dels quinze’ is a popular mathematical game created in the 19th century by the American Sam Lloyd. It consists of a box with 15 numbered squares arranged with the numbers 14 and 15 changed.

The objective is to slide the squares into the sequential order, leaving an empty space at the bottom right.

The game spread rapidly because the inventor had offered $1,000 to anyone who managed to solve it. And he offered that amount because he knew that there was no solution! It could only be solved by placing the numbers in sequence, leaving an empty space in the upper left.