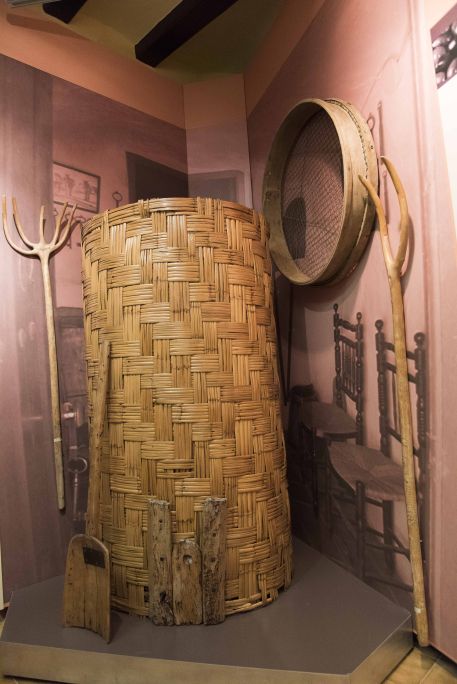 A grain store made from woven canes connected with a wooden beam. Peasantry Museum. Castellbisbal.

Grain stores were on the top floor of cottages or farmhouses, next to the attic, and were used to store grain for short-term consumption.

Documentary sources indicate the existence of such structures since the 18th century. Stores of cane woven into reeds to form a cylinder are often included in the inventories from this century.

Traditionally they were made of plant material, usually wood, bamboo and reed. Although other materials are now used, reed grain stores can still be found in many parts of the world.