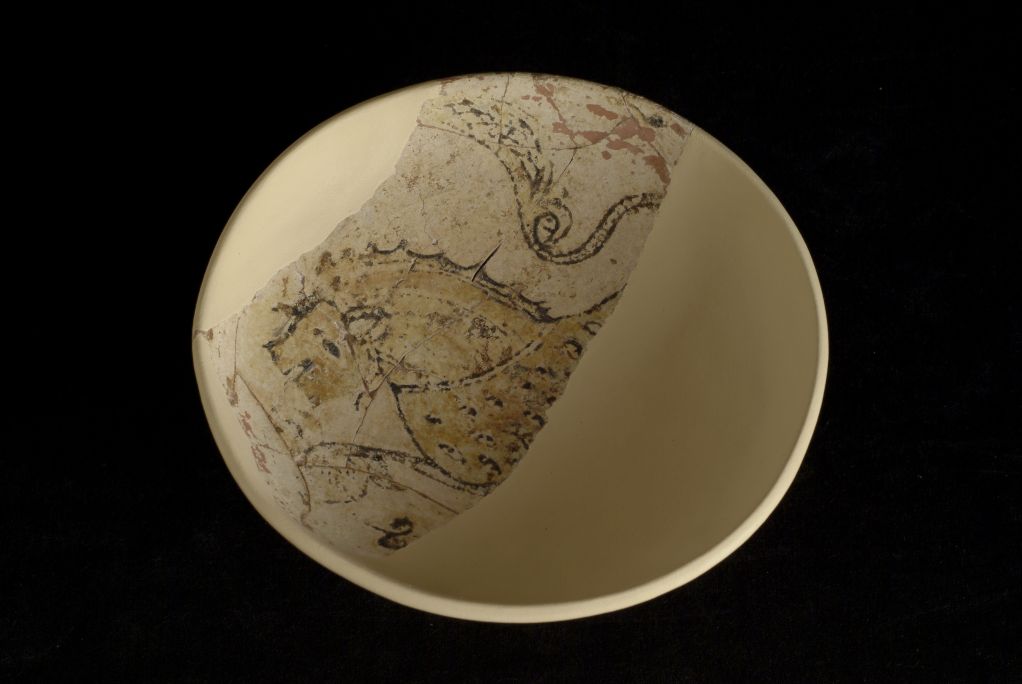 An ataifor or shallow serving dish from Balaguer’s Plaça del Mercadal, dated to the second half of the 11th century. Museum of la Noguera.

Serving dish with a ringlike base. It is decorated with manganese and green glazes, and displays a zoomorphic motif resembling a lion. It is a piece of the 11th century which bespeaks luxuriousness, and would have been used to serve food on special occasions. It was recovered from the archaeological excavations on the Plaça del Mercadal, where vestiges of an almunia were also found, which was a kind of fortified farm with fishponds that would have been owned by the nobility.