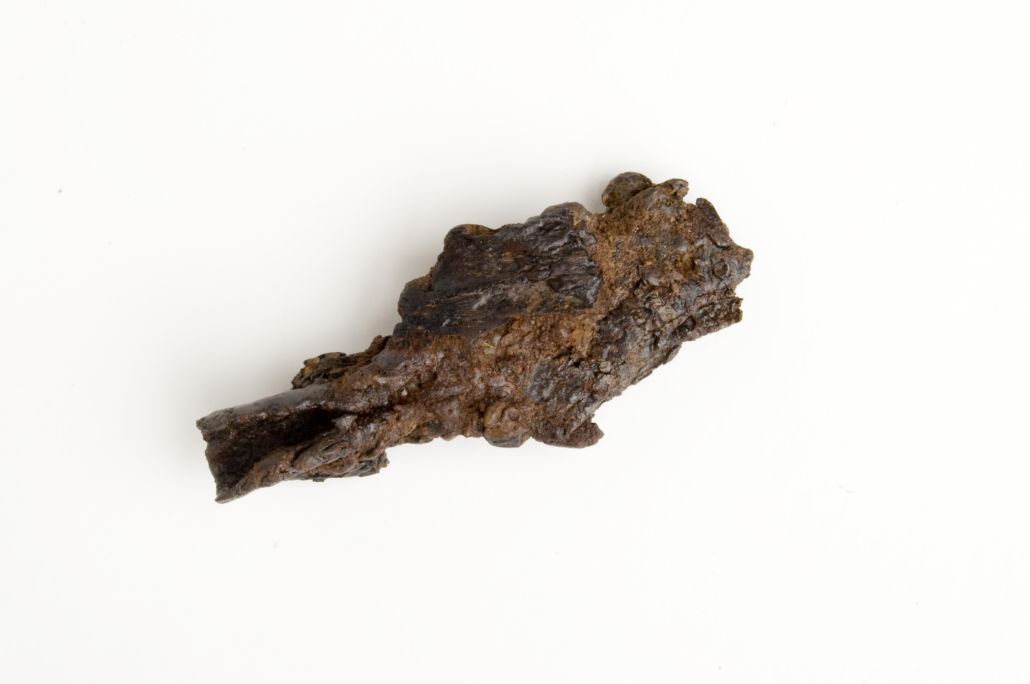 An 11th century arrowhead from the Pla d’Almatà cemetery. Museum of la Noguera.

The main cemetery of the Pla d’Almatà district surrounded the Aljama mosque, the city’s most important mosque. An anthropological study of the individuals buried in this site revealed that some showed signs of traumatic deaths, with the remains of weapons embedded in the skeleton. For example, an arrowhead appeared in one of the individual’s ribs, and a spearhead inside another’s chest. These traumatic deaths may very possibly be related to the sieges and conquests to which the Count of Urgell submitted the city between 1093 and 1105.