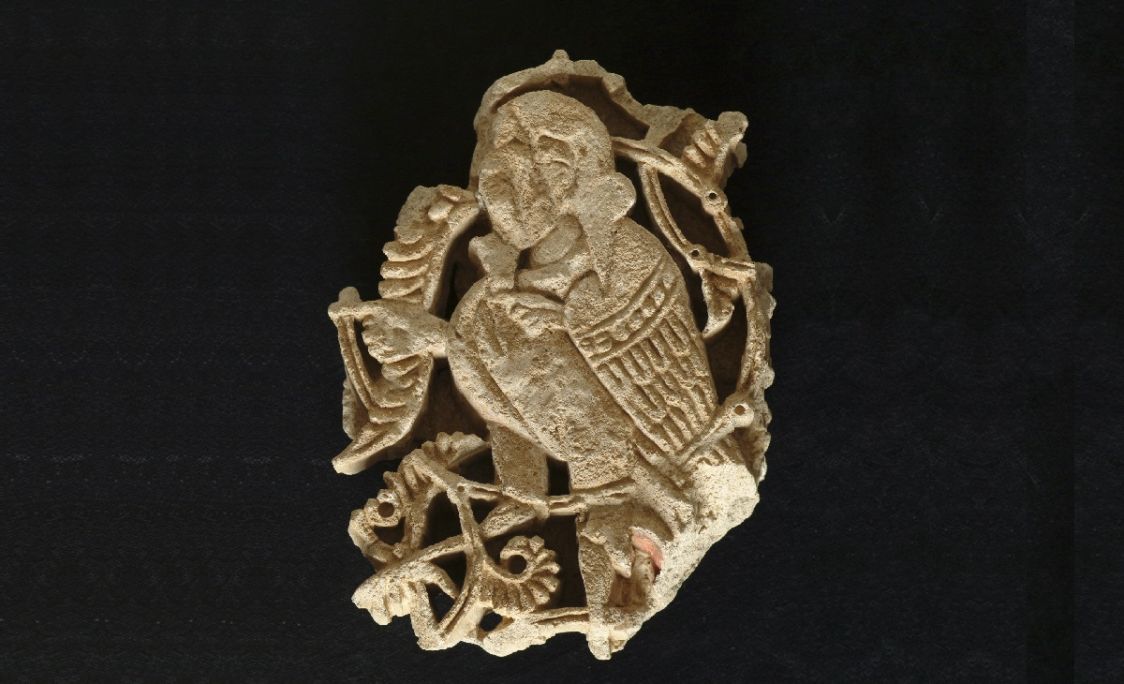 Fragment of an ornamental panel with a motif of a harpy, from around the middle of the 11th century, from the castle of Formós. Museum of la Noguera.

This fragment from an ornamental panel made of plaster shows the figure of a harpy, a fabulous, rapacious, evil-smelling mythological creature with a woman’s face and body and a bird’s wings and claws. This one, somewhat unusually, has two hands, and would have originally been painted. The harpy is a figure which is completely unknown in Islamic art of the 11th century, so it is possible that the figure is meant to be that other mythological bird, a phoenix, intended to praise and exalt the person who built the castle, and to symbolize the rebirth of peace and prosperity under its aegis. It is a unique work, with no other like it having been found anywhere else.