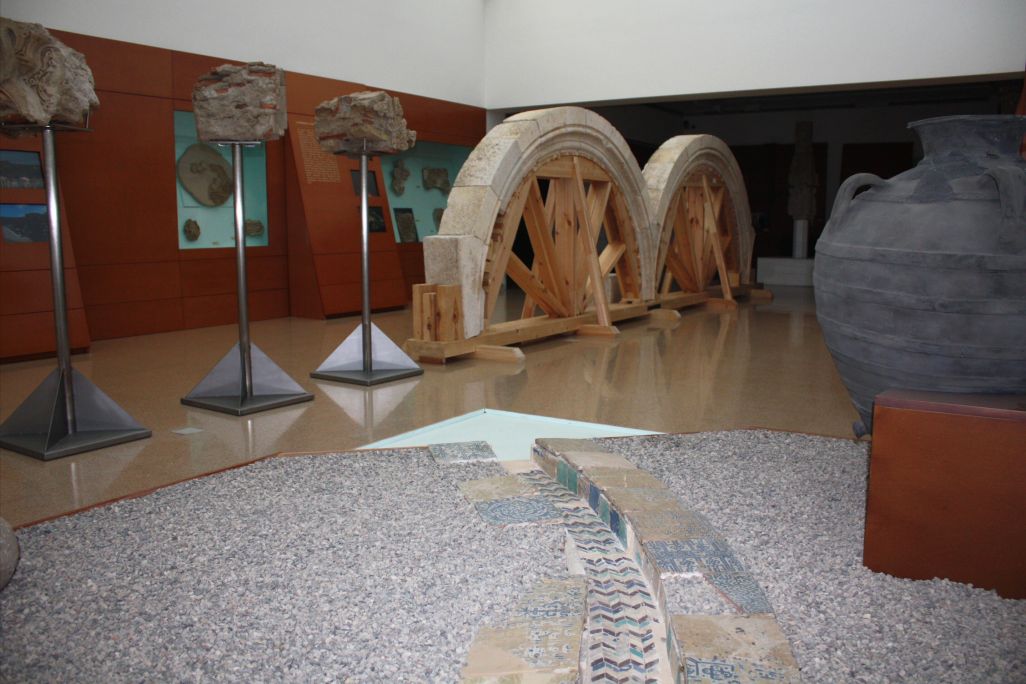 Balaguer’s Formós castle was the centre of local power in the times of Al-Andalus and into the feudal period which followed them.

The hisn, or castle, of Balaguer was the focus of local power in times of Al-Andalus, and afterwards, when the counts of Urgell ruled their dominions from there. The most remarkable element still extant from the Al-Andalus period is the plasterwork which decorates the interior what was the palace of the Muslim rulers of the taifa, or subsidiary kingdom of the Caliphate of Córdoba. Built in the middle of the 11th century, this was one of the most imposing Islamic buildings of the time on the Iberian peninsula, and as such is comparable with the Aljaferia of Saragossa, or the Alcazaba of Malaga. Vegetation, zoomorphic and epigraphic elements intertwine through an intricacy of quatrefoil arches on which some of the original paint is still visible. This paint was made with lapis lazuli from Afghanistan and cinnabar red, among other pigments.

After they conquered the town from the Muslims, the palace became the residence of the counts of Urgell. Of the restoration the Urgells commissioned in the mid-14th century, some of the decor remains. There are also on show dishes and plates from the crockery that would have been in everyday use in the castle, and more elaborate pieces that would have been reserved for special occasions, including ceramics with the characteristic metallic hues of pottery from the Manises-Paterna workshops, along with water conduits from the castle’s gardens that were made of fired and glazed blue tiles and ceramic paving slabs from the same manufactory. 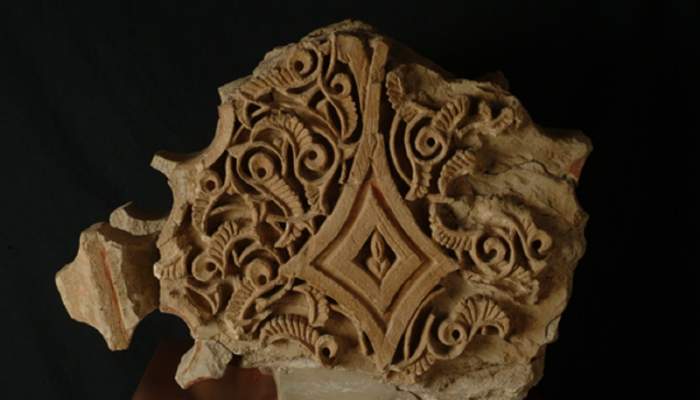 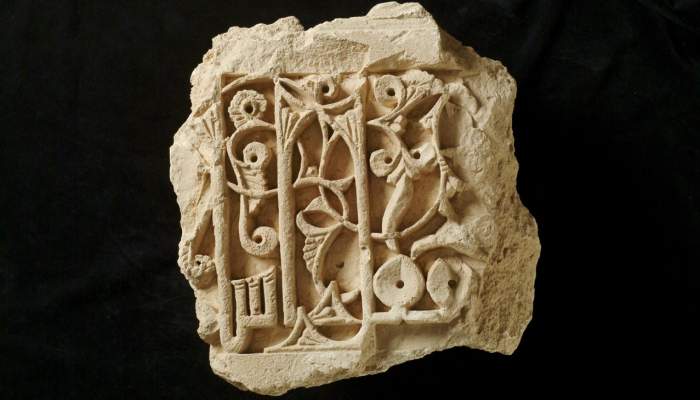 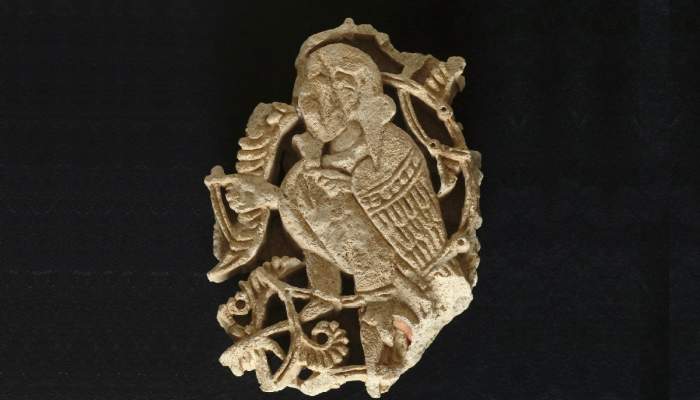 Fragment of an ornament panel 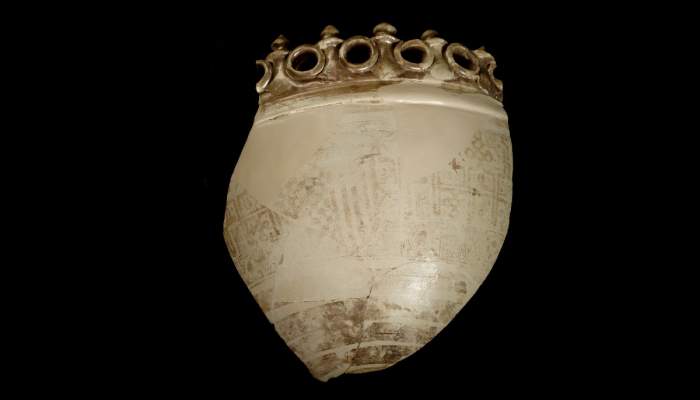 Fragment of a planter for the

Fragment of a planter for the herb basil