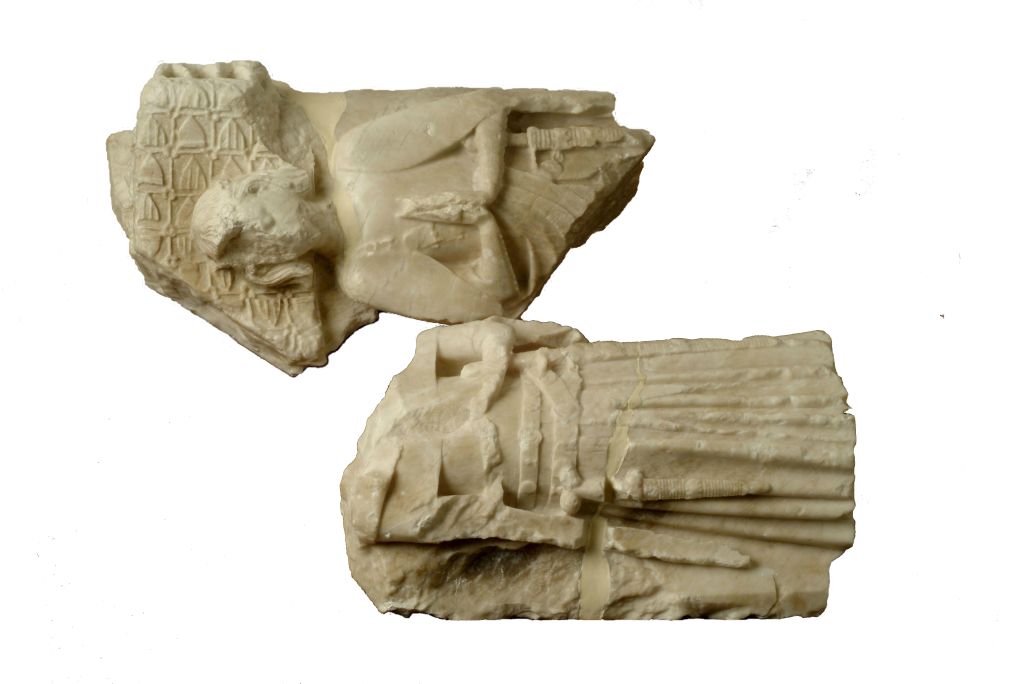 Reclining images of two of the children of Count Alfons and Countess Teresa of Entença, 14th century. Museum of la Noguera.

The two reclining male figures come from a small plaster tomb found in one of the chapels in Sant Domènec church in Balaguer.

Although only fragments remain, the coats-of-arms engraved on the cushions make it possible to identify two of the seven children of Count Alfons of Urgell (future King Alfons the Benign) and Countess Teresa d'Entença, who died in childbirth in 1327.

The work has been attributed to the French sculptor Aloi de Montbrai, from whom King Pere the Ceremonious also commissioned the tomb of his mother and of two of his brothers who died in Zaragoza.